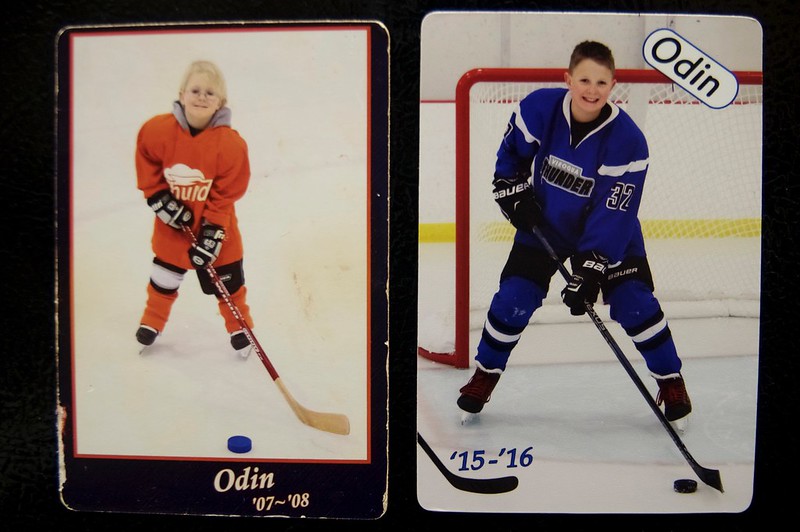 odin’s new hockey magnet photo arrived and it reminds me how time flies!

amusingly, i remember thinking when we enrolled him in the learn to play hockey program at our local arena when he was three ( at his request ), “oooooh, that won’t last.” 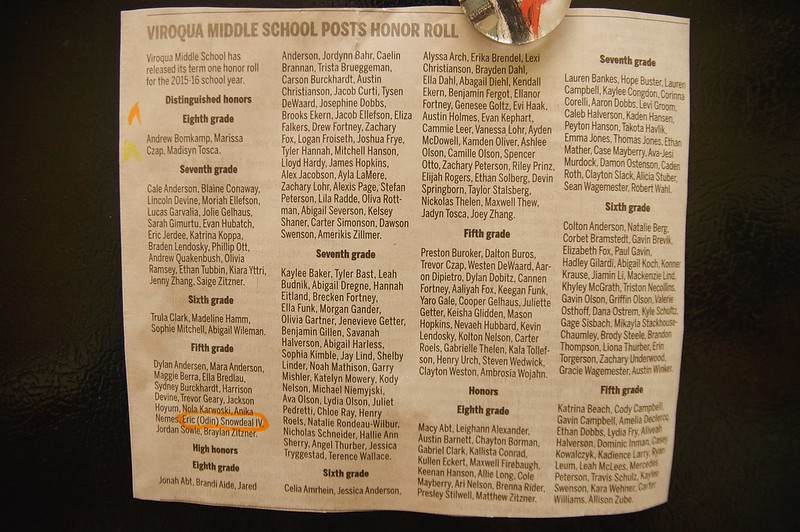 we knew things were going well, but it’s pretty amazing considering he’s still getting used to the concept of grades and tests. he’s very much enjoying the challenge and i’ll say once again that the great foundation he got from his years at the waldorf school is showing ( not just the intellectual foundation but the mental as well ). 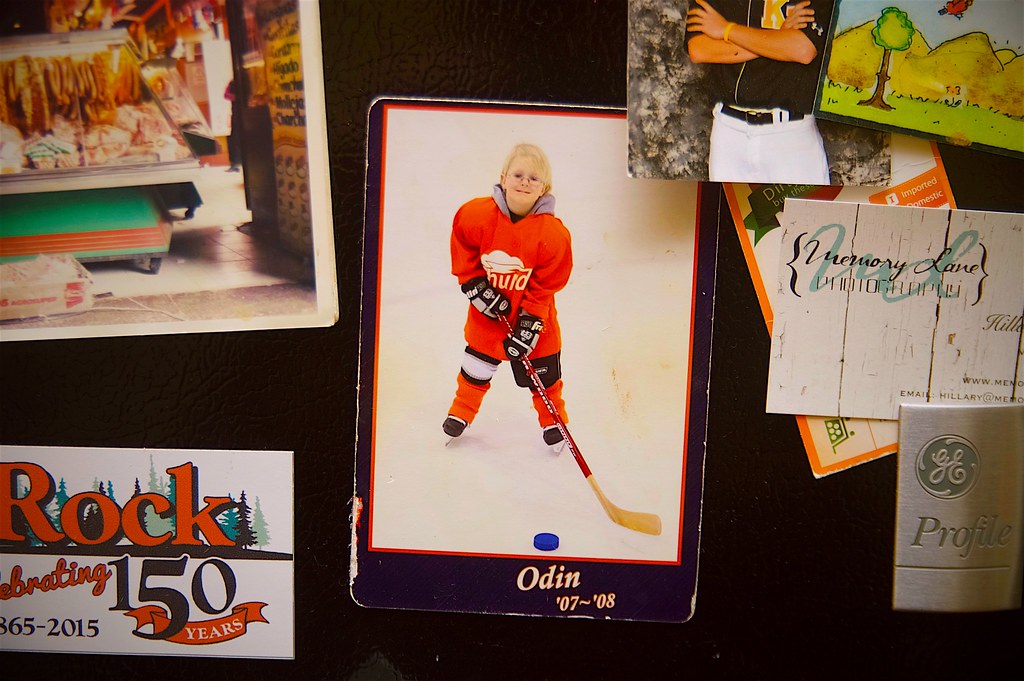 i can’t believe odin is about to start his 8th hockey season. i remember very clearly thinking as we were trying out different sports when he was three years old, “oh, the local ‘learn to skate’ program will be a fun way to learn a new skill. he might stick with it for a year or two. probably won’t last.”

boy was i wrong. 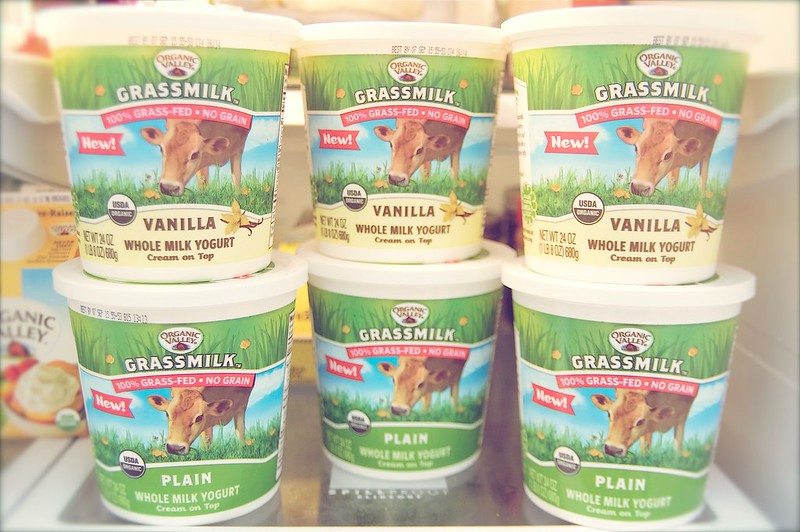