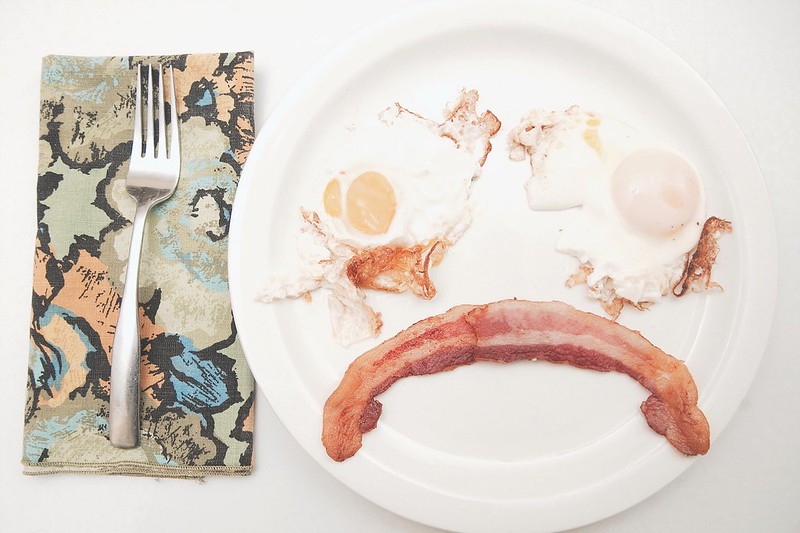 kris and odin are out of town for the week 🙁 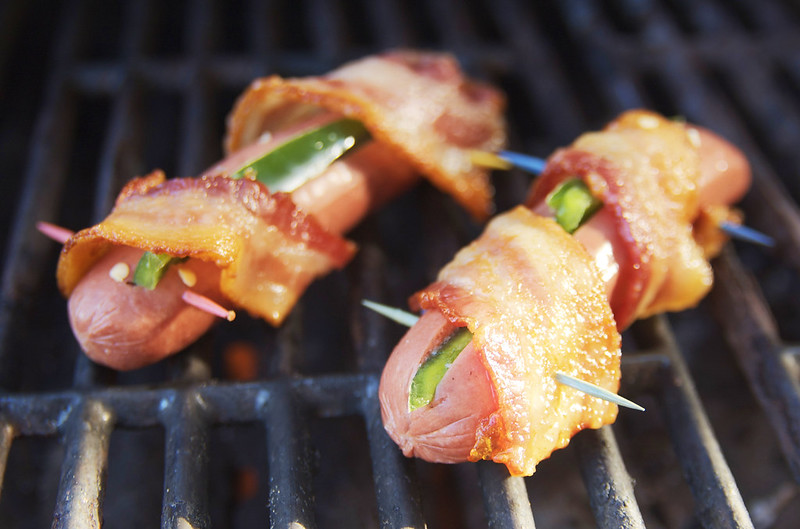 bacon and jalapenos make for a simple and tasty way to spruce up a hotdog ( we love organic prairie’s 100% grass-fed organic hotdogs ).

simply cut a line down the length of the hotdog deep enough to fit several slices of jalapeno. precook some bacon so it’s tender enough to wrap around the hotdog. then secure the bacon with some toothpicks. cook on medium heat on a grill until the hotdog is hot and the bacon is crisp. 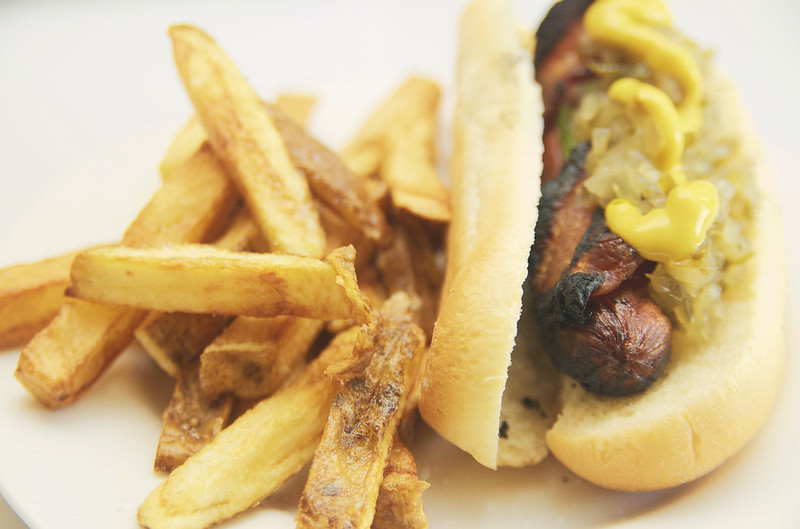 Amongst Fellow Dog People there was also jack, who was born blind. he can be a little skittish, especially around men. it took a little bit, but we now get along famously and i think he likes me even when i’m not making bacon ( of course, to make bacon grease for bacon popcorn ). i start making bacon popcorn and now just a few days later i find myself in a restaurant WITH IT ON THE MENU. WHAT DOES IT MEAN?!

i know it’s just an example of the baader-meinhof phenomenon, but still, i’m pretty sure i’ve never seen it on a menu before. 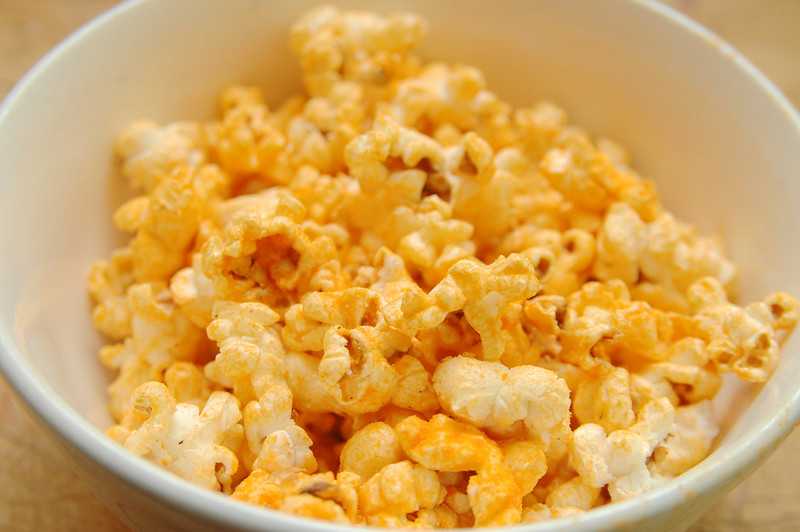 how do you make bacon popcorn with pasture butter even better? with cheddar!

i have to admit this powdered cheddar cheese is not organic. i couldn’t find any organic powder when i was out and about so i compromised with non-organic. you can be certain i’ll be ordering a pound of the fronteir organic white cheddar powder in the near future. 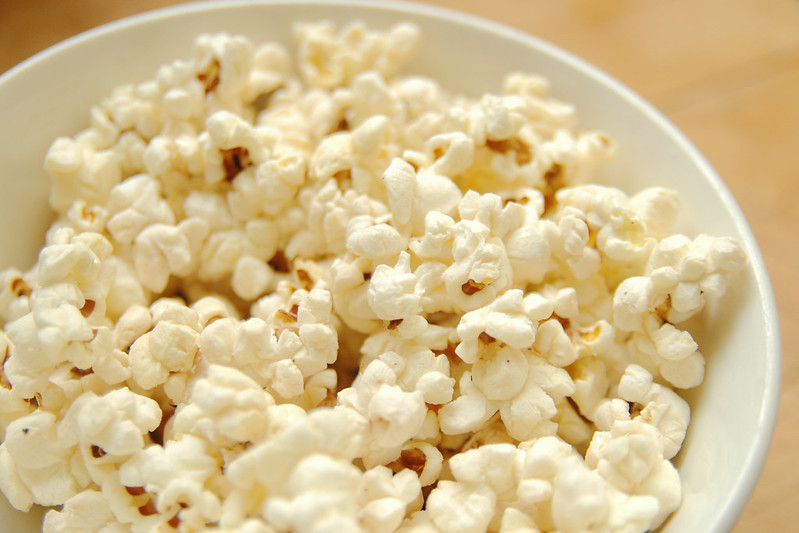 i saw a passing reference on twitter to bacon popcorn and i wondered how on earth i could get to my age and have never of heard of or tried two of my favorite things together.

Ms6 has confiscated the bowl of bacon-fat popcorn because "Dad stop eating a handful at a time!!!"

and since we semi-regularly make bacon we have little containers of bacon fat sitting around, so bacon popcorn could be a great way to use up the grease.

1. i really don’t need to tell you how to make popcorn in a pan, right? probably not. but just in case you’ve forgotten, here you go. melt the bacon grease in a large – at least 6 quarts – pan. throw in a test kernel. when it pops you’re ready to add the rest of the popcorn.
2. add the rest of the popcorn and shake the pan back and forth constantly so the unpopped kernels stay on the bottom and eventually pop.
3. when the popping slows down to almost stopping, remove from heat.
4. melt the pasture butter in a small pan. you could use a lesser butter but trust me you want to pair up the bacony flavor with the delicious pasture butter flavor.
5. put the popcorn in a paper grocery bag and slowly drizzle a small amount of melted butter over the popcorn. shake. add salt to taste. shake some more. repeat until the butter is gone.

i’m sure there are plenty of ways to fancy it up with powdered cheddar cheese or bacon bits but the basic recipe is excellent with it’s subtl-ish bacony flavor combined with the taste of the extradordinary pasture butter. definitely a keeper. 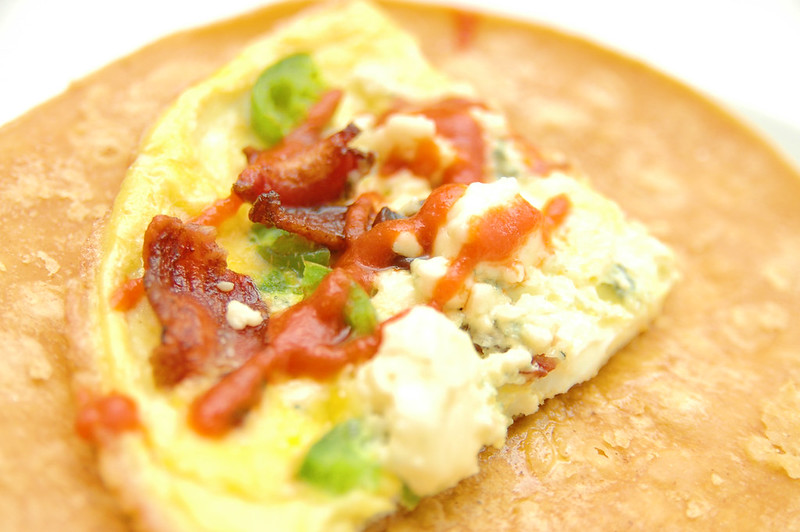 how do you make bacon and blue cheese breakfast tortillas even more awesome? with fresh jalapenos from the the cosmos organicos garden collective!

obviously any jalapenos will do, but fresh is best 🙂

top with a little sriracha sauce and you’ve got yourself a fiery flavor extravaganza!