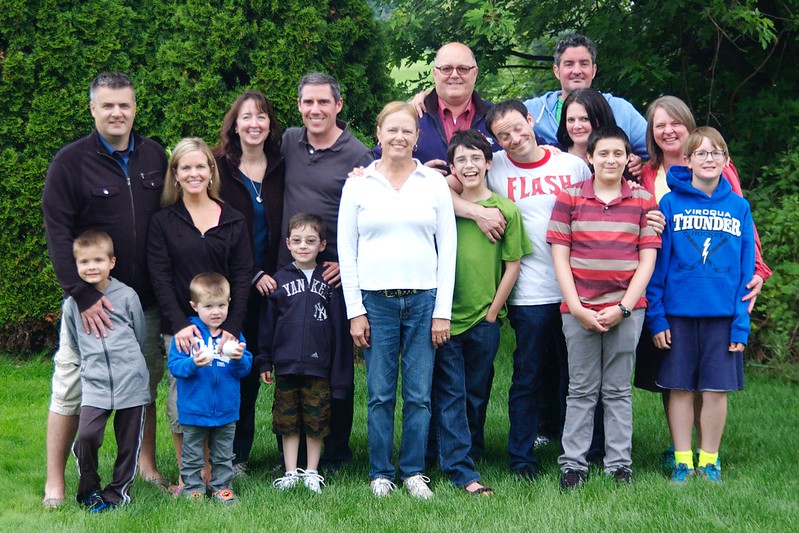 wow, how time flies – we haven’t had this crew together for 6 years! since then some have been born, many have gotten bigger and at least one of us has gotten much smaller 🙂 always great to see family. odin had a grand time with his cousins.

i’m sure somewhere i have a photo of us the last time we got together that i should dig out.

as always, the odds are slim of getting everyone to look at the camera at the same time in family photos. 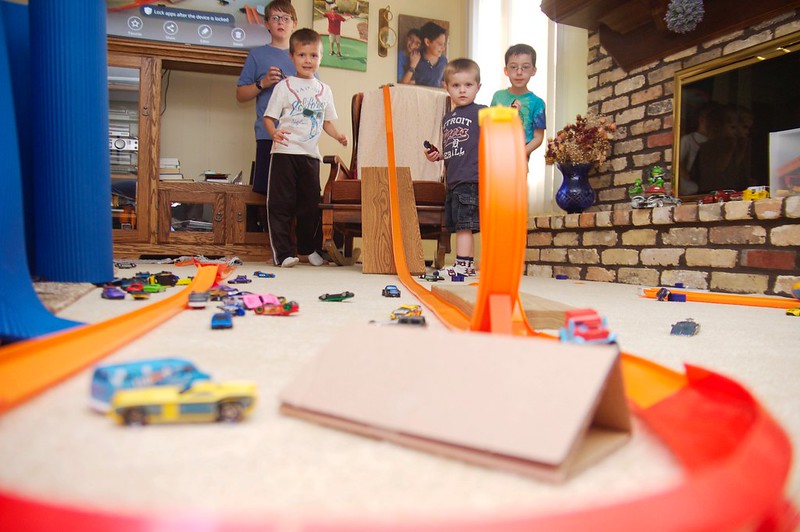 lots of experimenting with endless combinations of cars and track configurations to see which cars can make it down the launch hill, through the loop, around the curve and over the jump.

genius way to keep them preoccupied for hours on end. i can’t be the only one who hears they might be giants singing about Roy G Biv on here comes the science ( which odin has listened to a gazillion times ) when i look at the arrangement which is best viewed larger?