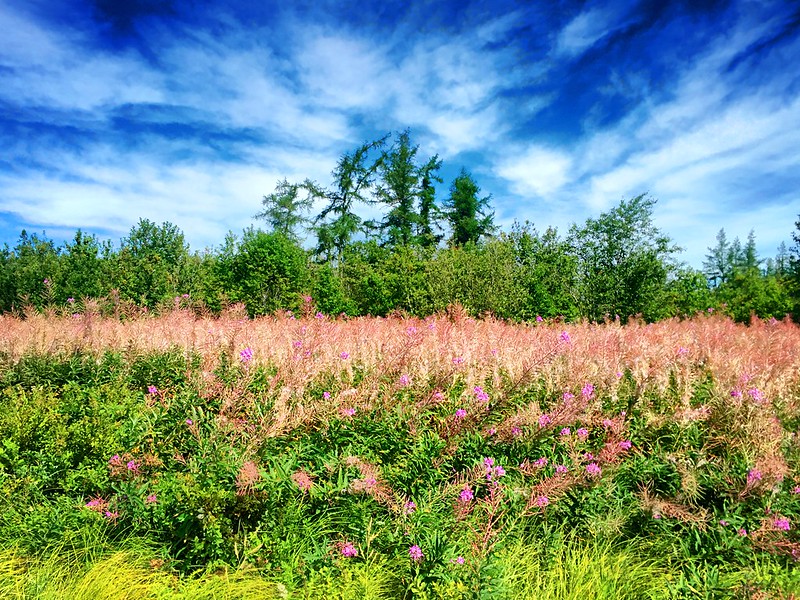 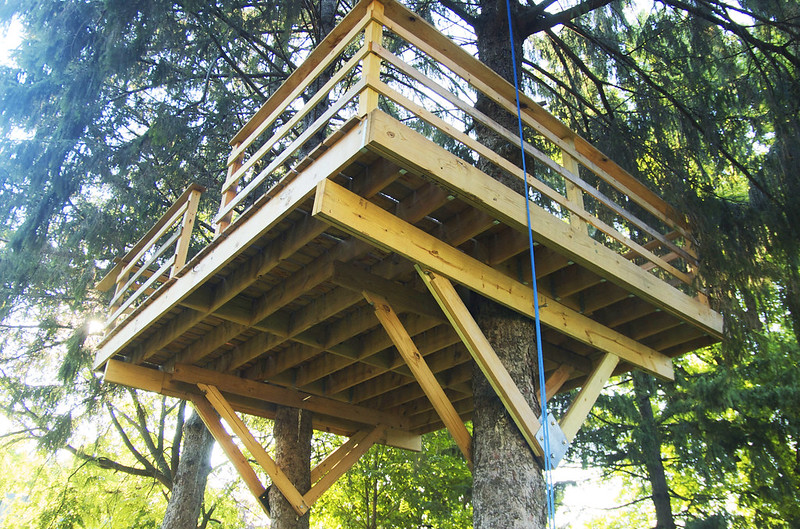 “just” a few weeks after raising a more supportive treehouse support i rebuilt and raised the second “outside” support with a little help from friends. i’m happy with additional supportive supports and don’t think i need to rebuild the inner supports.

so. finally. after. a. three. month. delay. we can get back to enjoying the treehouse deck. and yes, that means treehouse movie theater screenings! 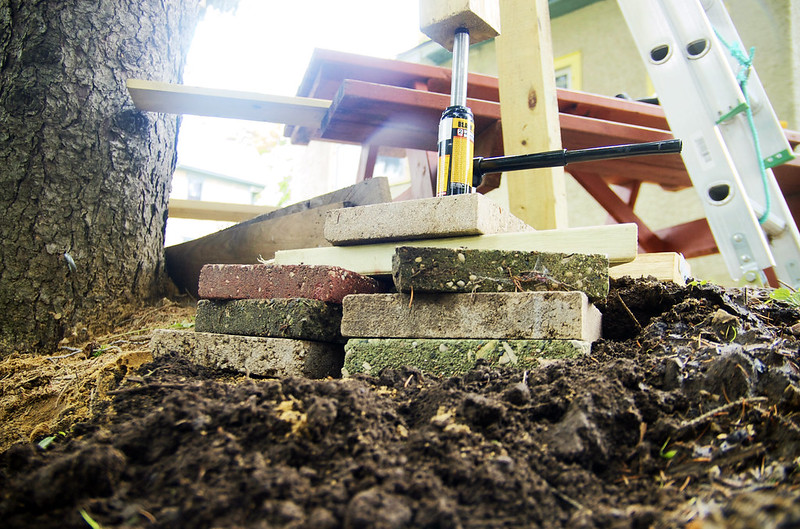 say you’re trying to jack your really heavy treehouse deck that’s 15 feet off the ground. you’ve already done it once without anything too terribly terrible happening and you’re feeling confident.

when you get to raise the other side of the deck to jack up the deck to remove the support you notice the ground is much more sloped and soft directly under the middle of the deck. not ideal conditions. so decide to go a little “off center” on more solid ground without also triple checking to make sure the 4×4 post your using is as close to perfectly vertical as humanly possible.

because guess what happens when you jack up the deck that floats on top of the supports 6 inches and things are leaning a bit?

that’s right! gravity takes over and the 2,000 pound deck falls 6 inches very quickly and shifts over a few inches off center of the supports as it pivots on the 4×4 post and the post falls over almost knocking you cold.

and that’s a check your underpants moment.

so take a little extra time and build up a nice level and solid foundation before jacking up your treehouse deck. you’ll be happy you did. 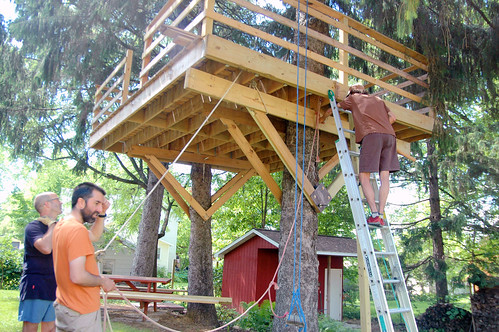 but how to get it back up since it weighs almost 200 pounds and i didn’t want to almost nominate myself for another darwin award? i called in a crew to help! it took the four of us to pull up the support using a proper pulley and a “poor man’s pulley” built by tossing a rope around one of the deck joists.

at one points someone ( not me ) exclaimed, “i didn’t realize i have a phobia of standing under really heavy things that might fall and crush you.” ah, well, fears were overcome and we relatively quickly got the support back on the top threaded rod that goes through the whole tree.

i have to admit that for the entire winter when i was contemplating taking down the supports i thought there was a good chance the whole deck would come crashing down or for some reason or another the support wouldn’t go back in place. so to get it back in place was a tremendous relief.

thanks to joe, jason and david for the help! 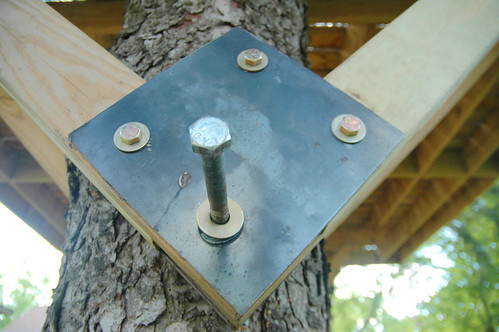 i decided to reinforce the base of the support with steel plates. the way the physics of forces and pivots work, the base of the support is the most probable point of failure so adding the strength of steel makes me happy. many, many thanks to the fine folks at tollefson repair for custom fabricating the plates. the tollerances were perfectly tight. 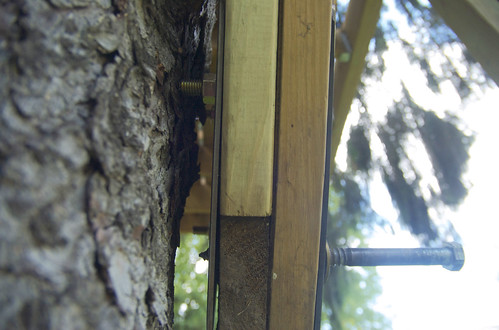 d’oh! the 6″ 5/8″ carriage bolts that go through the steel places push the support away from the tree so the 3/4″ lag bolt will not go as far into the tree. i didn’t anticipate that. when i roughed it out the bolts didn’t rest againts the tree. oh well. the lag bolt still goes about 5 inches into the tree which is fine for now. it’s not going to just pop out. someday i might replace it with a longer bolt. for some reason i’d be happier with 9 inches in the tree.

whoohoo! after i secured the support i went up on the deck and making the support span the entire width of the deck has really made a difference. prior to lengthening the support you could feel the slightest “shimmy” when standing out on the farthest corners of the deck. i think it was perfectly safe if but slightly disconcerting. now no shimmy! and i’m much happier that the new support will stand the test of time at the weakest points. hurray! 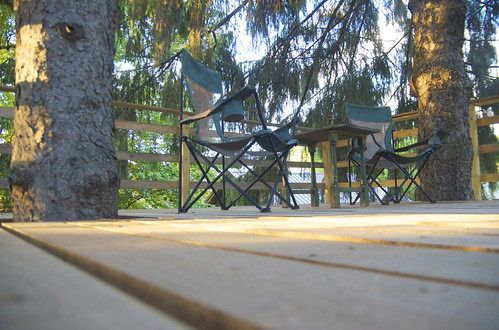 i think i’ll reinforce the second primary primary support on the other side of the deck over the next week and then we’ll be ready for movie screening season.

i have to admit, it’s still a thrill to stand up on the deck and be surrounded by the canopy of the trees. the furnishings are a little spartan for now but i’ll work on that after the second support is finished.