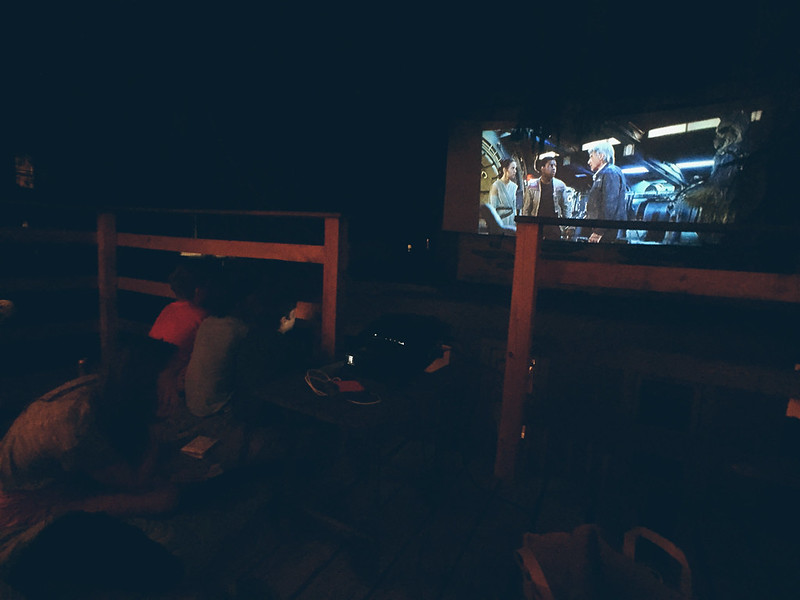 saw star wars: the force awakens with odin and some of his friends. the way our summers work this might be one of the last movies we get to see on the treehouse deck this year?! crazy! so we have to make the most of it while we can. 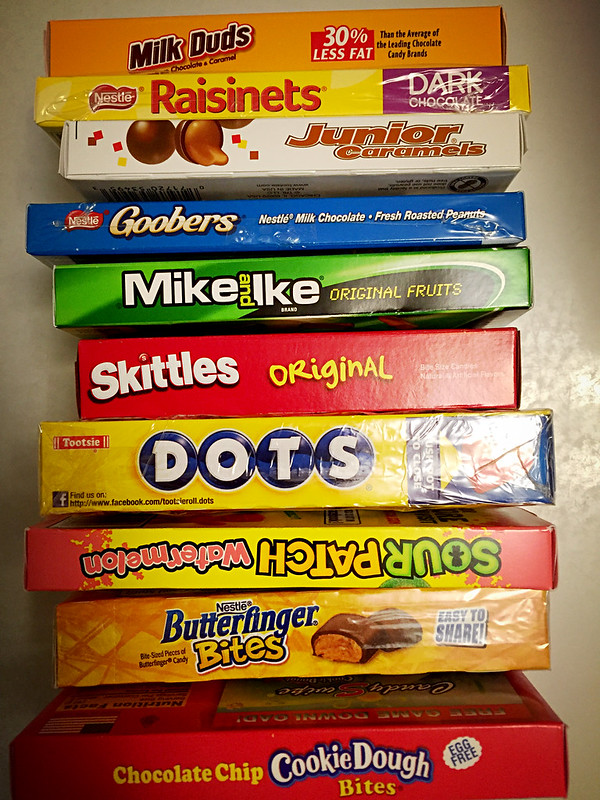 you can’t have a movie without some candy!

kris: “can you get some candy for the treehouse movie? but don’t get too much.” 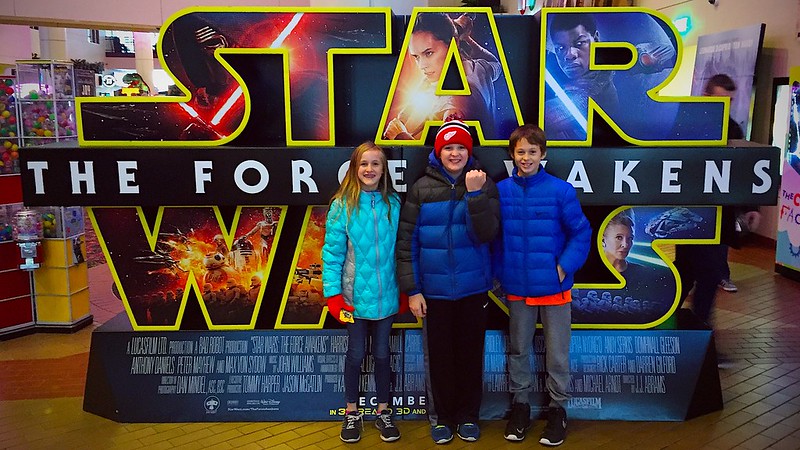 neither reserved sold out seats nor the threat of a 0.5” of freezing rain and 50mph winds could keep us from getting to see star wars: the force awakens in imax and 3D! 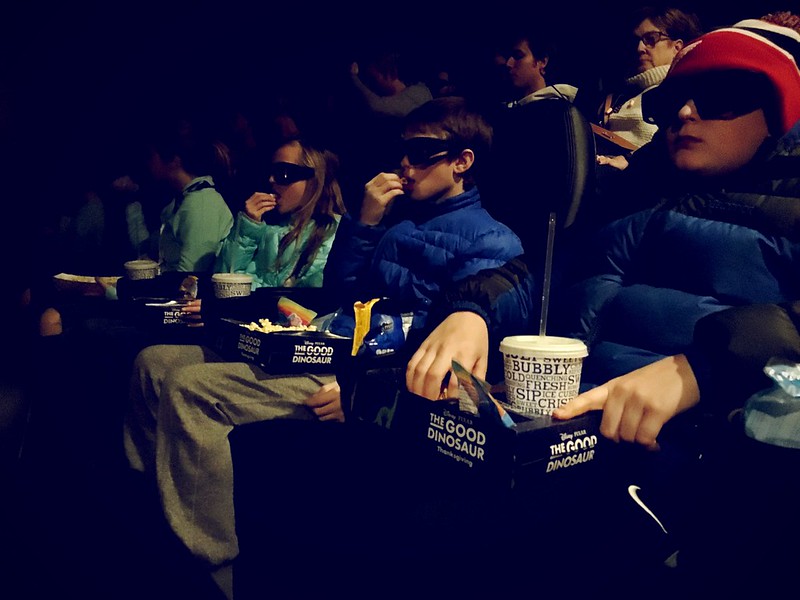 the kids loved the movie and the adults love the movie! totally worth seeing again. pretty iconic experience overall. i’m thinking if your an 11 year old ( or older! ) the character rey in particular is going to stick with you for a long time.

my initial sense is that it’s probably better than “a new hope” and “return of the jedi” and on par with “the empire strikes back”. that said, i agree with pretty much every point in in this kottke.org summary of thoughts ( warning: spoilers! ), especially points 6 and 8.

I just made this GIF to save for later use pic.twitter.com/YbQSx4X7MJ 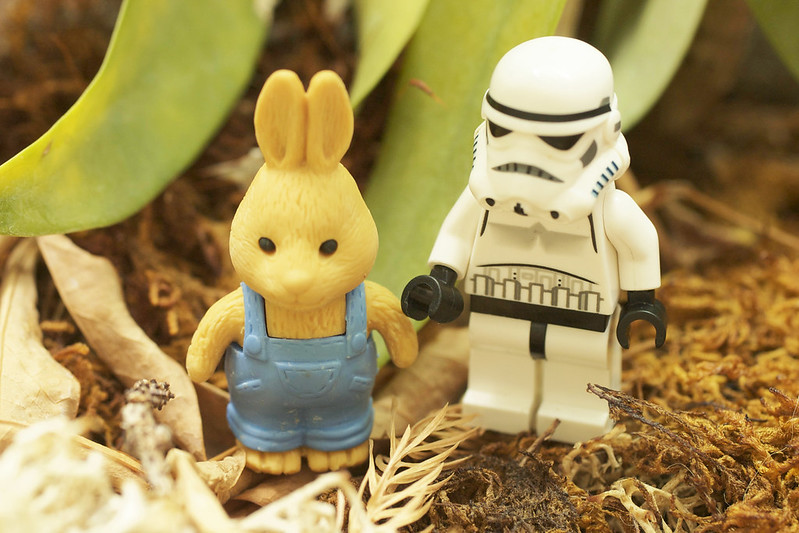 it’s a little hard to tell what’s going on here? the force awakens a feeling in the stormtroopers for bunnies? ah well, all shall be revealed soon. 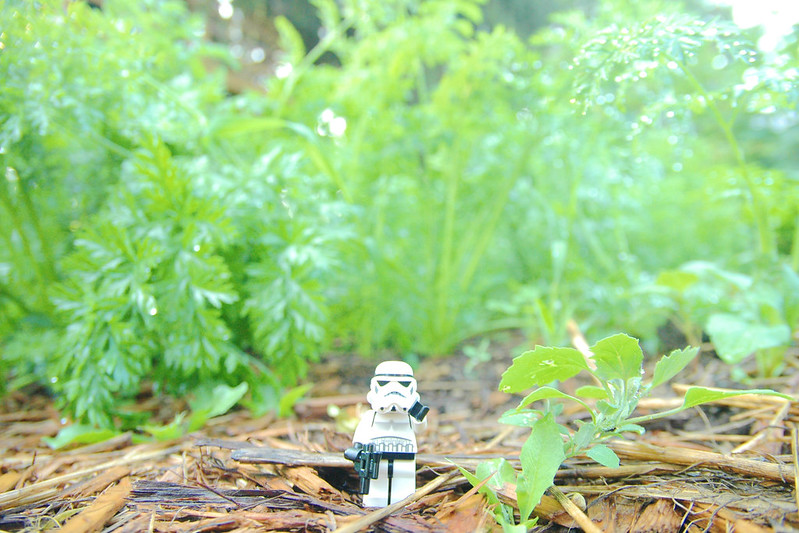 if you needed a glipse into how my brain works, the carrot greens in the garden looked a bit like an alien forest and there was a stormtrooper minifig nearby so it just made sense.

i was going to go ahead and set up a whole scene but thought that might be a little weird. a few weeks ago while i was hanging christmas tree lights for ambience i suddenly realized that i had built the treehouse deck perfectly to show movies on our house!

there was space for about an 11 foot screen. and as if by magic the “throwing distance” from the deck to the house is such that the it’s the perfect distance to project onto the space. so obviously this was something that HAD TO HAPPEN! SOON! i quickly procured a projector and decided to test it out by playing star wars episode IV. i was just testing and i didn’t think it was going to look great without putting up a screen so i wasn’t even intending to watch the whole movie. but it looked so awesome we decided to sit outside and watch our first movie in the trees! while you can see the lines of the siding, after a few minutes of watching you quickly didn’t notice them. that said, i have plans to build a screen which will make the experience even more excellent! it’s hard to see on the photos but resolution of the image is a.maz.ing! i hooked up the insanely affordable and great sounding cyber acoustics computer speakers we have in the house which made it even more like being in a theater, EXCEPT WE’RE IN THE TREES!

watching movies on the treehouse deck is, without a doubt, going to be a regular thing. odin looooooves legos so when a veeeeery generous relative ( possibly too generous 🙂 gave him a death star for his birthday he was, unsurprisingly, quite a happy boy. it says if for ages 14 and up but odin has advanced lego skills and put together the 3,803 pieces in marathon sessions over a few days.

we wondered if it could be cause for conflict or jealousy amongst his friends who might covet such an extravagance. nope. friends come over and play for hours and discuss and that aspect fo the model and how faithful a replica it is to the death star in the star wars movies.

he’s even voluntarily loaned it out so friends who don’t have it can enjoy it from the comfort of their own homes, which is an excellent example of odin’s kindness and generosity.

i’m pretty sure when i was nine i wouldn’t have loaned it out to my friends and i’d probably have taunted them for not having it.