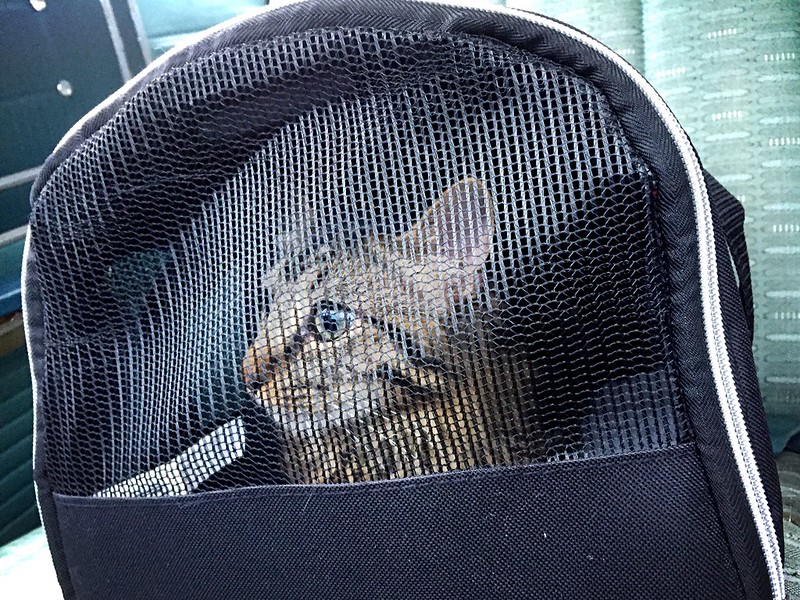 theodore is not pleased with the ride to the vet to get snipped. he was calm but his expression said it all. 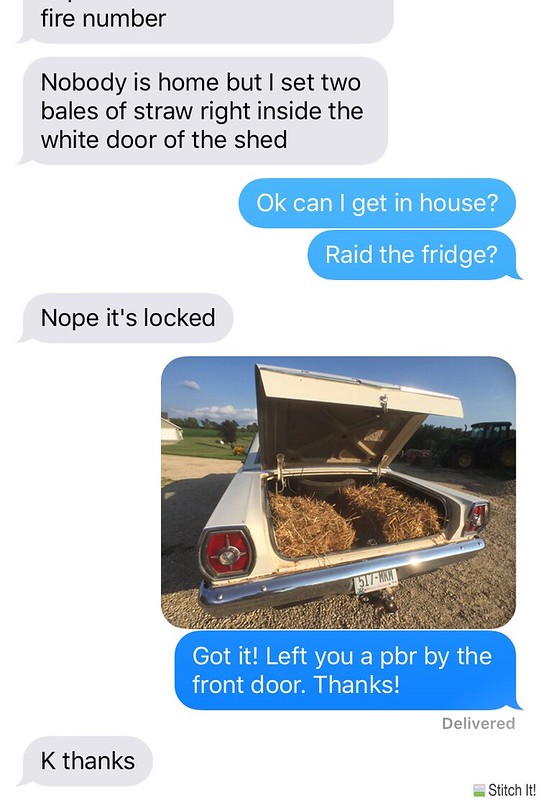 two bales of straw for The Girls in exchange for a pabst blue ribbon seems like a fair trade. 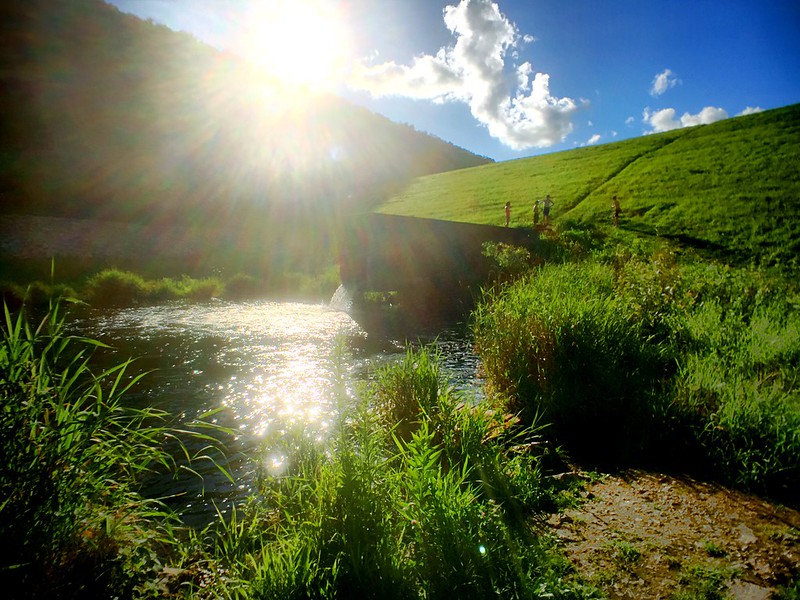 couldn’t ask for a more gorgeous day at the swimming hole! 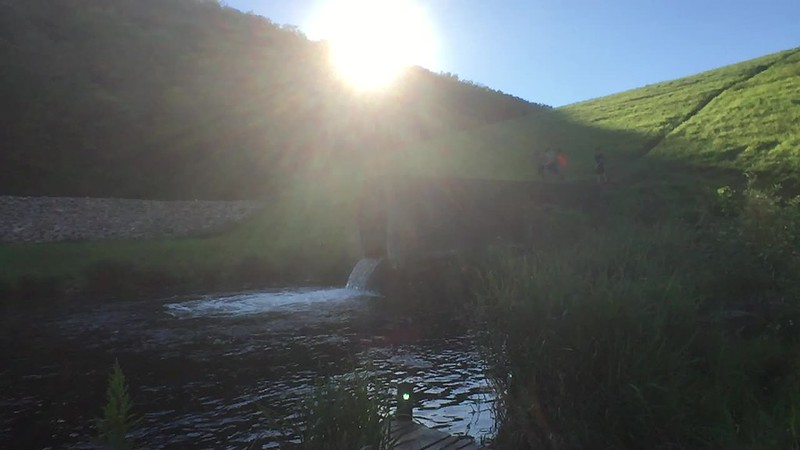 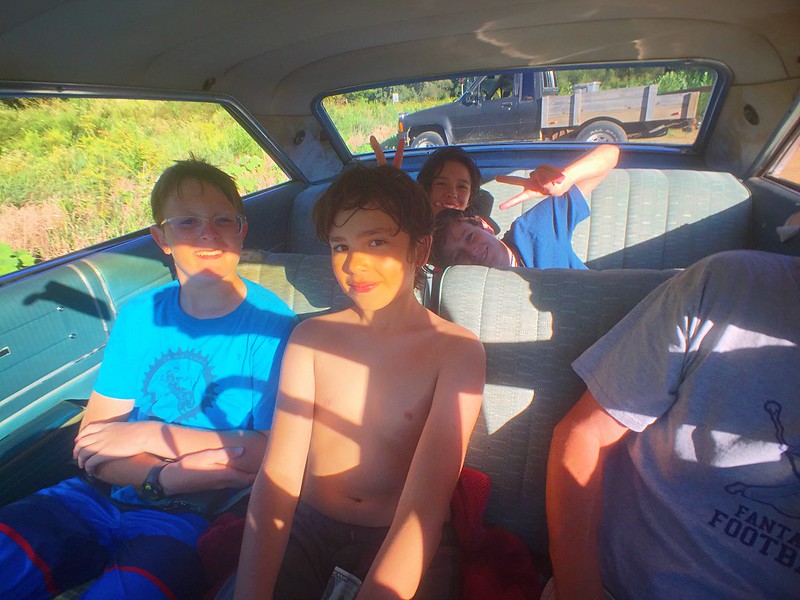 waterlogged kids get aired out with a ride home in the galaxie. 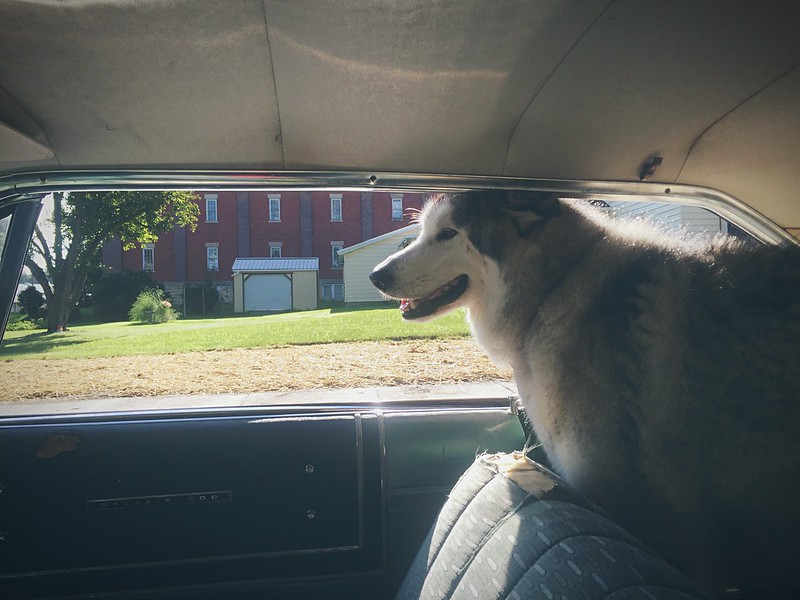 frida looooooves the big, open window and unobstructed view on the way to visiting her buddies. 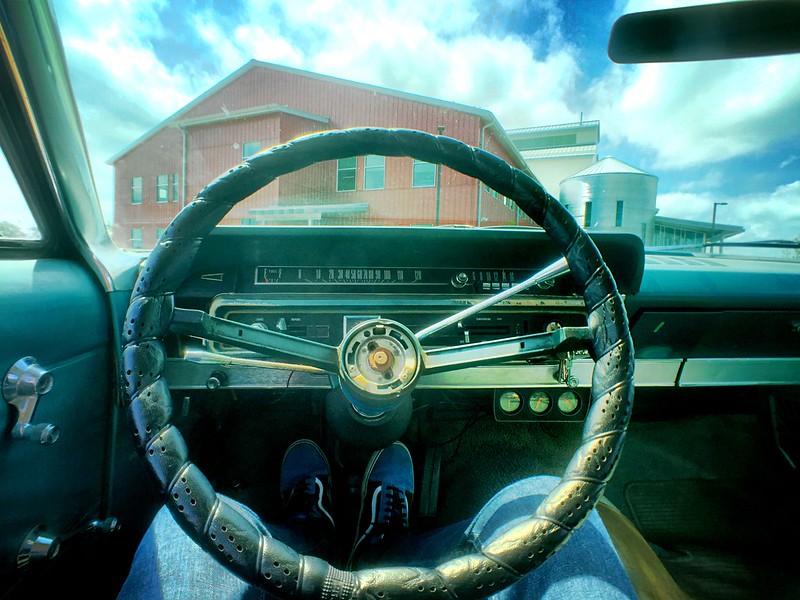 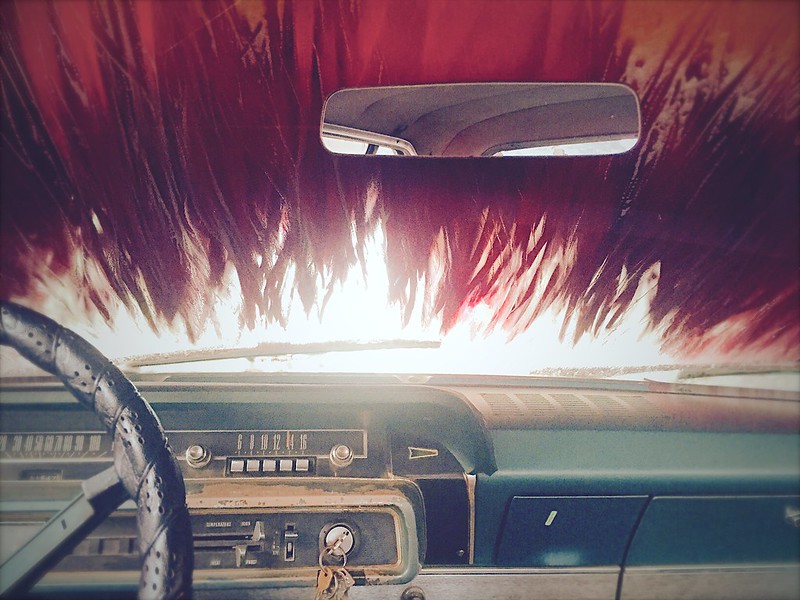 fired up the old ford today. 51 years young! i think she deserves to stretch out on the wisconsin backroads this summer after sitting around all winter. 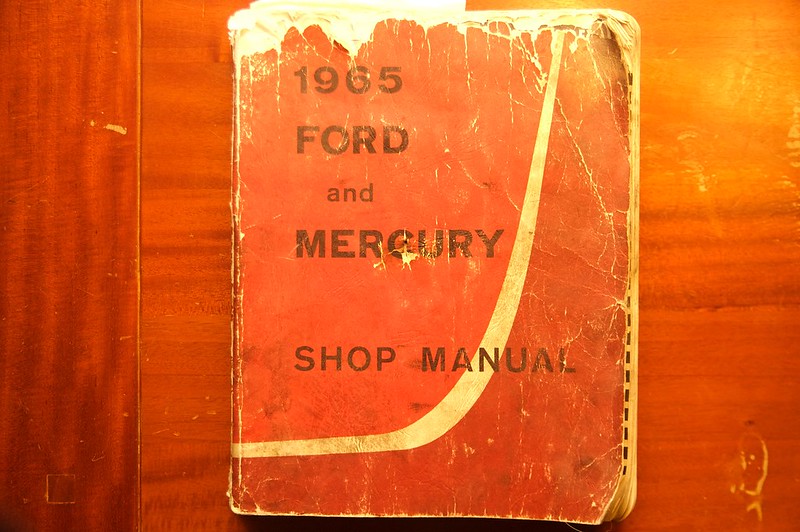 the old ford doesn’t usually give me too much trouble ( yes, i know i just had to put in a new oil pressure gauge line but that was probably 20 to 25 years old and i probably should have just proactively replaced it years ago. ), but i think i Got A Clue to another repair.

today i was running errands and it started to rain and she went from starting very easily to starting very, very, very, very hard. i’ve learned over the years to pay close attention to any changes in noise, vibrations, smells or whatever because they usually Mean Something. suddenly starting hard in a driving rain could be a coincidence, but odds are it’s not.

my guess is that it’s probably time for a new distributor cap and/or rotor? because i’ve been blogging for 16 years, i know precisely when i last got a new cap and rotor. ten years ago, july 2005, in amsterdam new york, while driving back from maine during a “hilarious” incident when the unsecured(?) battery fell off its mount, hit the fan blade and sprayed battery acid all over the engine compartment. fun times 🙂

side note 1: i’m glad i have a first printing of the 1965 ford galaxie 500 shop manual. it comes in handy! also, super weird how close it’s aged cover matches our aged end tables.

side note 2: you can still click on the images to that 10 year old story even thought the image embeds are broken. flickr changed some things and it’s a reminder that i need to write some server side magic to make older embeds work. )