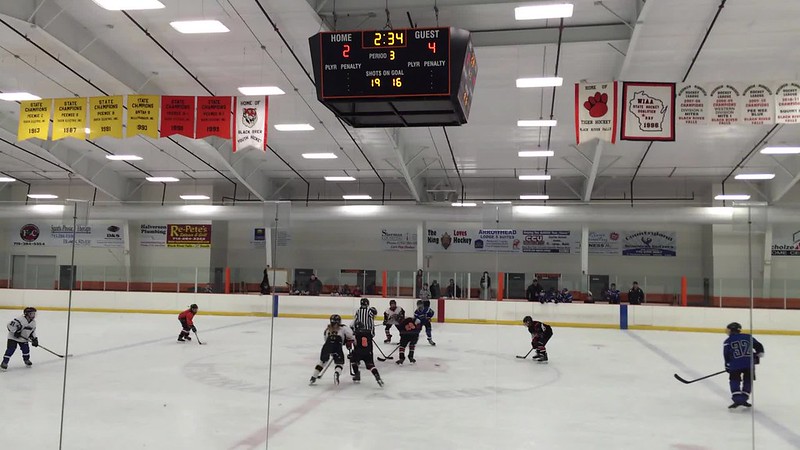 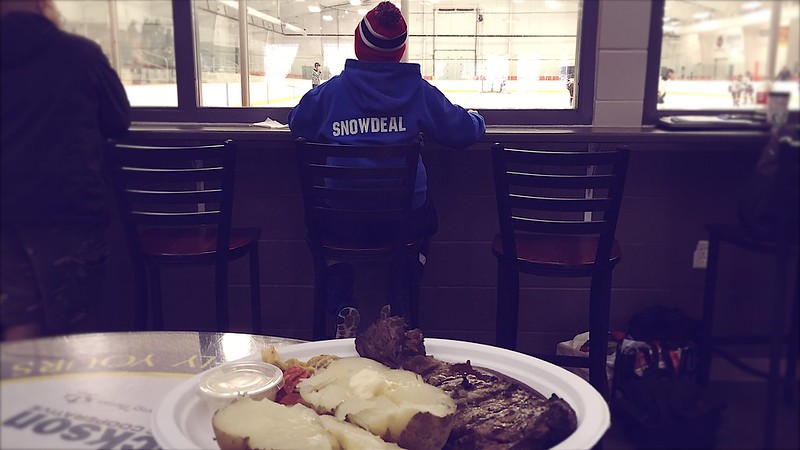 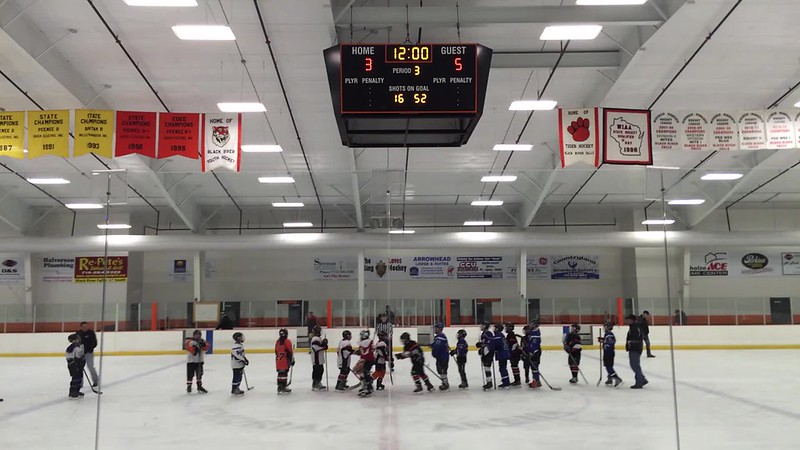 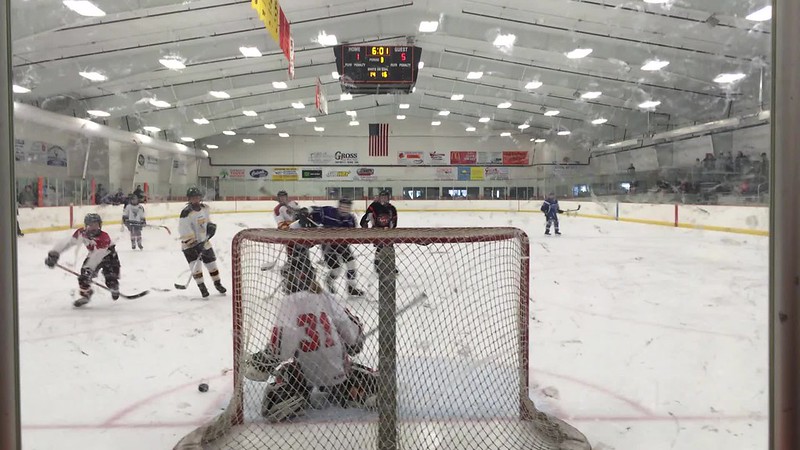 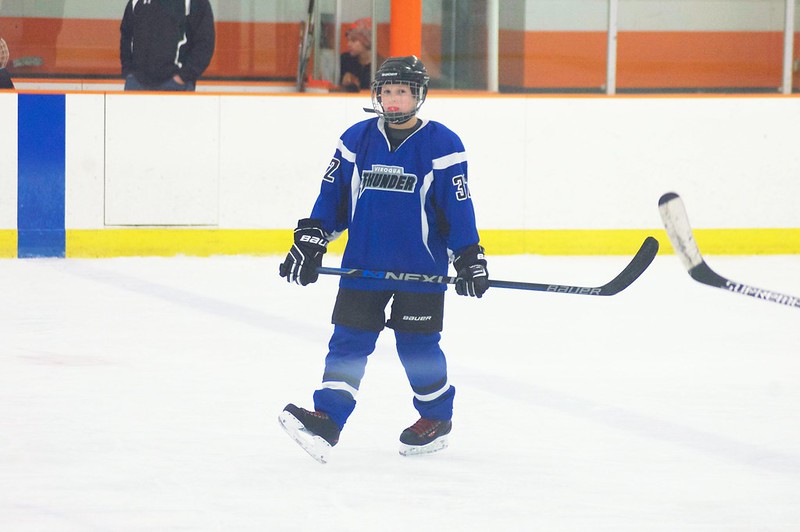 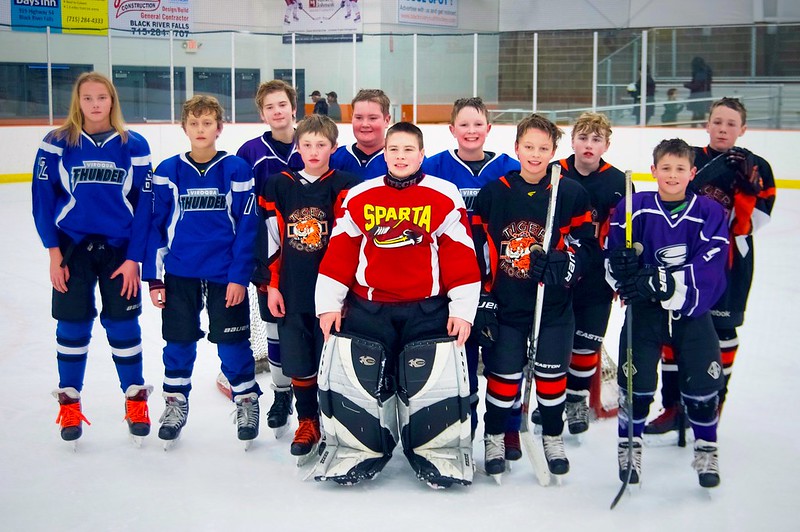 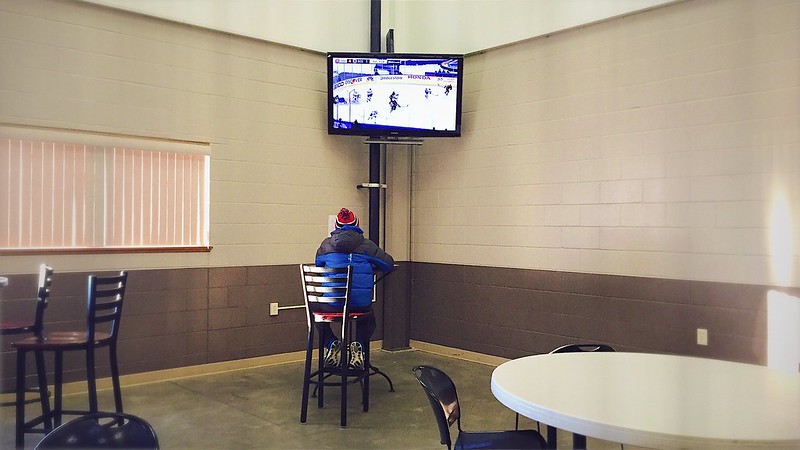 after making the cut to move up to the squirts and a a few practices running plays odin and his new teammates played their first game today against black river falls.

and whooboy, what a game! viroqua played well through the first two periods and maintained a commanding 4-1 lead. they looked awesome for their first game!

odin struggled a little in the beginning to remember exactly where he needed to be on the ice, but he caught on quickly and made several great defensive plays ( here he’s in blue swatting the puck away from the net after a face-off ). as viroqua got tired in the third period, black river falls scored three goals and with literally seconds left in regular play scored a fourth goal to tie the game and sent the game into over time! it was all almost too exciting ( i totally lose cred as an amateur sports photographer by missing the game tying shot )! after several heart stopping moments, where it looked liked black river falls was going to win in overtime, virouqa held on with excellent ( albeit somewhat tired ) defense and the game ended a tie.

it was a great game played by both teams. i can’t wait to see how odin’s team progresses through the season. although hopefully not all the games are this exciting! whoooweee. odin’s team played a game against black river falls. and the black river falls travelling team is their “A” team ( i.e. their best players ). so, we anticipated a “blow out”, especially since it was odin’s teams’ first time playing on “full ice”. they normally play games on half the ice. playing on the whole rink means they have to skate twice as much. against a better team.

all things considered, it was a great game. they hung in really well for the first period before the gas starting running out 🙂

odin played defenceman for the whole game ( he’s number 5 in the lower left of this picture ) and did a great job attempting to keep the puck out of his area of the ice. in the end, viroqua lost to the better team, 7-1, but i think they were all in relatively good spirits and learned a lot about the importance of playing as a team when facing a formidable rival.