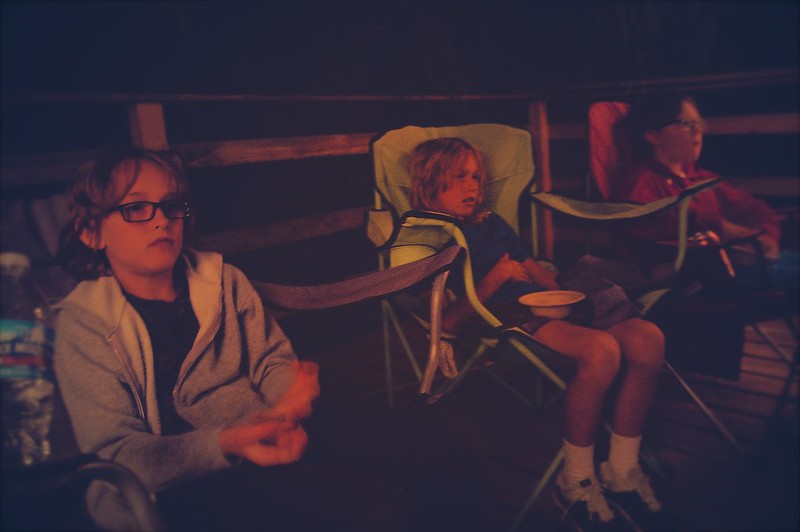 we learned last year that when you have the chance to watch treehouse movie you really should take it because the chances go by fast what with crazy schedules, inclement weather and summer zooming right along. so tonight we watched big hero 6, with odin some buddies and their parents. and yes, we had homemade popcorn and movie theater candy because IT’S IN THE TREEHOUSE MOVIE THEATER RULE BOOK! 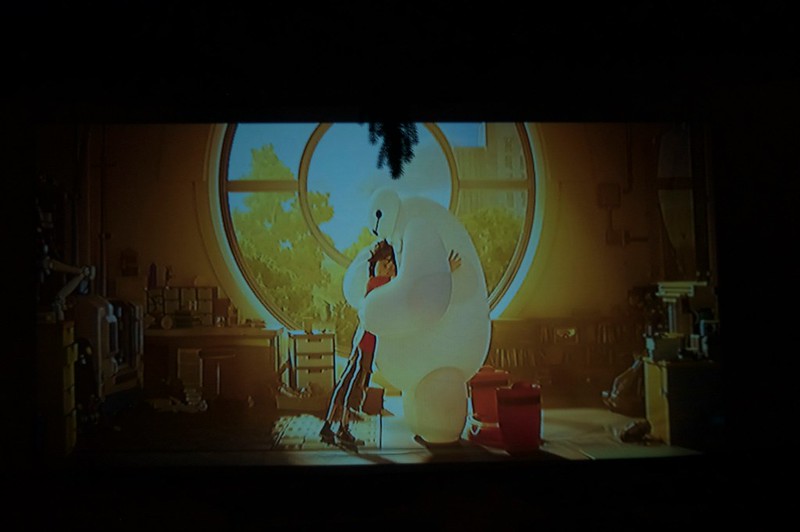 what a sweet, sweet movie. A++. highly recommended whether or not you have a treehouse deck and an 11 foot movie screen 🙂 if you live in the upper midwest you’ve probably heard of blue moon ice cream. it’s a bright blue citrus-y concoction that tastes a little like the ice cream equivalent of fruit loops. odin likes blue moon but we’re not big fans of the fact that it’s loaded with food coloring and mystery ingredients. in fact, when i’ve researched recipes in the past it’s widely held belief that true blue moon contains castoreum which is made from the extrudate from the scent sacs of beavers. yummy! ( side note, castoreum is a “natural flavor” found in many vanilla products with “natural flavors”. if you use castoreum, you can use smaller amounts of pricey vanilla. )

so i was happy to hear a radio program with the folks behind the article “melting the mystery of blue moon ice cream” where they claimed to have found a blue moon recipe that’s really, really close to the real deal without beaver butt extract.

obviously i had to give it a try! the recipe is straight forward. you can use whatever ingredients you like, but if you’re not using organic valley dairy you’re doing it wrong 🙂

i didn’t use the blue food coloring called for in the recipe. the color is from the cup of pureed garden raspberries ( more on that in a moment ).

1/2 cup of milk scalded in pan.
add 1/2 cup of sugar and 1/4 tsp of salt. stir till dissolved.
add 1/2 cup of half and half.
add 1 1/2 cups of heavy whipping cream.
add vanilla, raspberry, lemon flavoring.
chill in fridge till very cold.
put in ice cream machine for 20 minutes
add vanilla pudding during last 5 minutes of mixing ( weirdly, the recipe doesn’t mention what to do with the pudding in the directions but i think this is what you want )

and whoila! after freezing, you get a a purple-y ice cream that looks a little like the blue moon from our local ice cream shop.

but how does it taste? odin and i sampled it and it is very, very close! i think it’s even a bit better than the ice cream shop variety. the flavors are a little “brighter” ( presumably because they’re, well, real ). it’s really close to “fruit loopy”. and the vanilla pudding nails the unique mouthfeel you get with the blue moon.

the one thing i would change in the next version is i wouldn’t use a cup of pureed raspberries. the seeds are distracting. i figured they would be when i was making it but i was too lazy to go through the process of pushing the puree through fine mesh to get the juice and not the seeds on the first iteration of product testing.

next time, no seeds! this is totally a keeper and going into regular ice cream making rotation.

odin liked the pinky/purple color and thought we should call it purple moon. so we will!