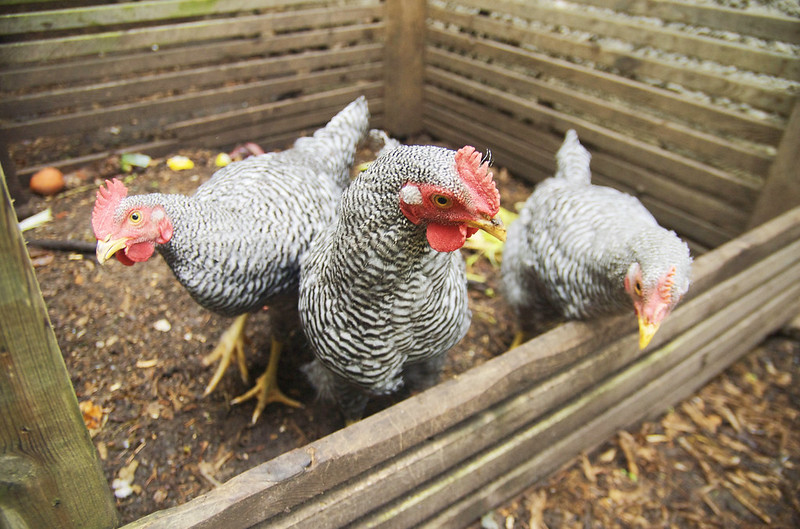 we’ve been watching a few of the suspect roosters and it’s much more evident that probably three of our latest flock of six are probably roosters, which is a bit of drag because roosters in town are a no-no.

the prominent combs are a giveaway in addition to the fact that they are practicing cock-a-doodle-dooing. 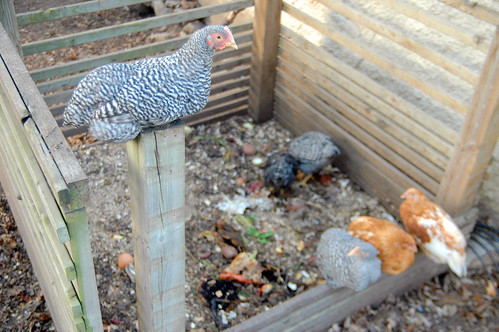 The Ruler of The Compost Bin Roost. it’s not everyday that you see a rooster pheasant in town, so when a friend stopped to tell us there was one running around the neighborhood, odin and i had to go the hunt.

we learned they move a lot faster than you might think and you literally only get one shot before they make like a tree and leave.