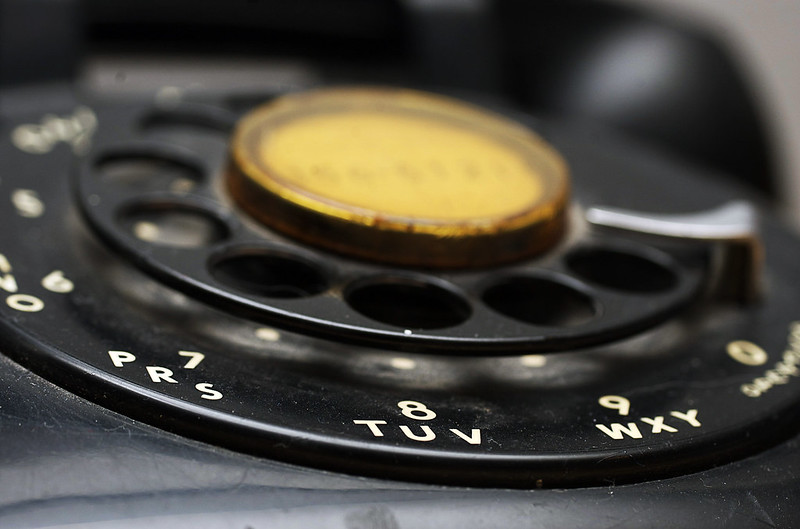 one of our house phones is kris’ grandparent’s phone from rock, michigan in the upper peninsula. i believe it’s a westinghouse model 500 from the 1950s.

when the phone rings, it delivers a satisfyingly old school BBBBBBRRIIIIINNNNGGG! BBBBBRRRRIIIIIIINNNNGGGG!

the only problem is you can’t dial out because our phone company upgraded the phone tubes and no longer supports “pulse” dialing, so i need to get one of those pulse to tone converters.

we have a similar model from my grandparents home in maine, but it doesn’t ring so it needs some restoration work.