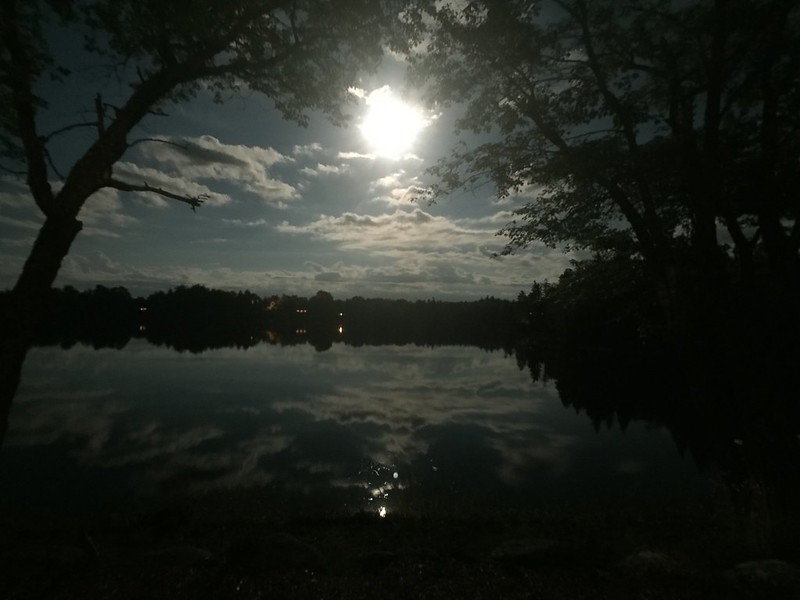 spectacular full moon over the lake. 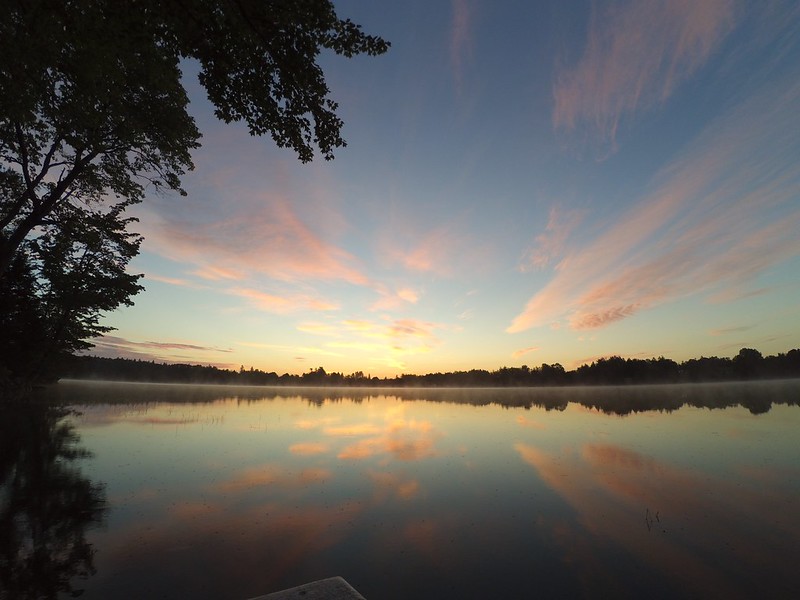 odin got up at 4:45am with evelyn so he could take this picture of the sunrise. you have to get up mighty early on the eastern edge of the easternmost county in the u.s., known as the sunrise county since it’s where the sun rises first in the continental united states.

( this is straight out of his downeastindian lakemainemoonphotobyodinvacationwharfyi action camera 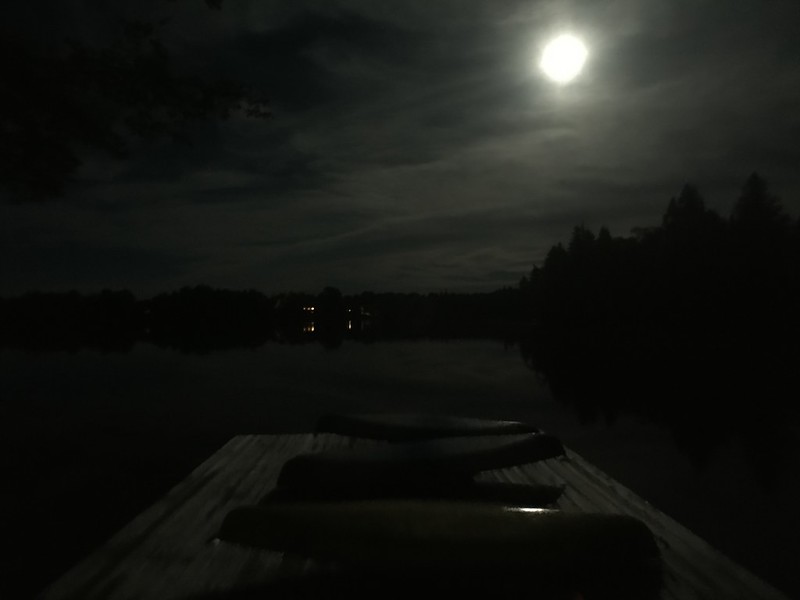 good day of kayaking at camp with odin and evelyn. they were so tired when we asked if they wanted to watch a movie before bed they both say, “maybe tomorrow. we’re tired and going to bed early.” and then proceeded to hatch a plan for getting up to take a picture of the sunrise which comes mighty early in these parts.

the lake is beautiful on the nearly full moon. you’ll have to imagine the haunting and beautiful loon calls. 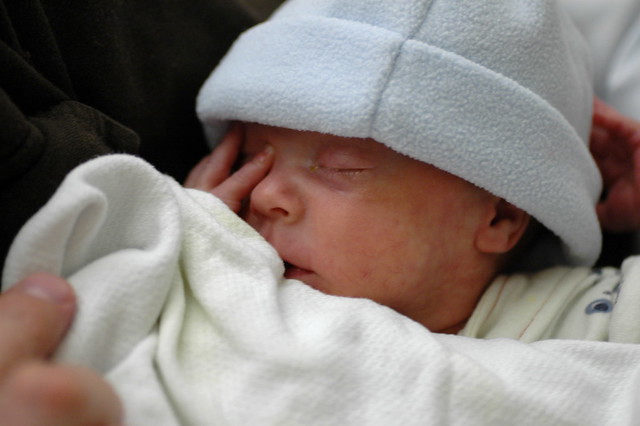 eric seems to be slowly getting better, due in part to his new meds to control his reflux. he’s almost completely stopped having milk coming out of his nose and mouth, although we can still see him pursing his lips and making a motion with his mouth that looks like he’s chewing; both actions are signs that he still has fluid coming up, but it’s a lot less forceful. thankfully, the number of alarms have also gone down and he’s gone from having 10 to 20 apnea alarms a day to just one!

so, even though everyone is watching eric closely for signs of an infection, it looks like things are returning to normal and with a little luck, he’ll be back to his old self, just in time for his hernia surgery. we’ve been told that he’ll definitely be having the surgery this week, but we won’t know on which day he’ll being having the surgery until the schedule is prepared on the prior day. in a way, i’m glad that we’ve had the chance to get a quick peek into how he recovers from surgery; while the hernia surgery is generally considered to be routine and relatively painless on the wee ones, it’s usually more disruptive than rop surgery, as he’ll be getting intubated and during the surgery, doctors will need to make two small incisions, which probably won’t feel too good after he wakes up. 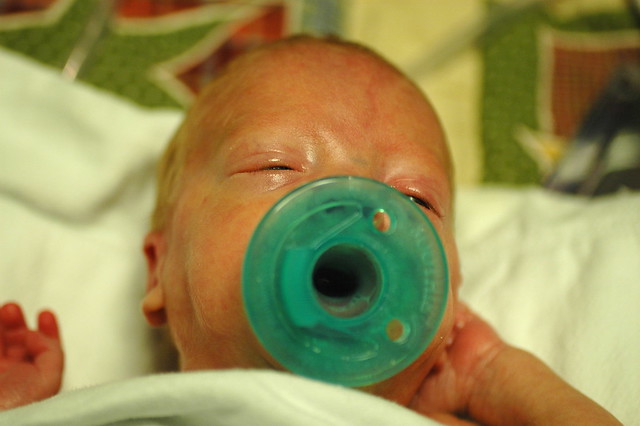 eric enjoys the supersized paci while he attempts to open his eyes which are “goopy” from an antibiotic ointment which is applied every 12 hours to prevent infection after his ROP surgery. 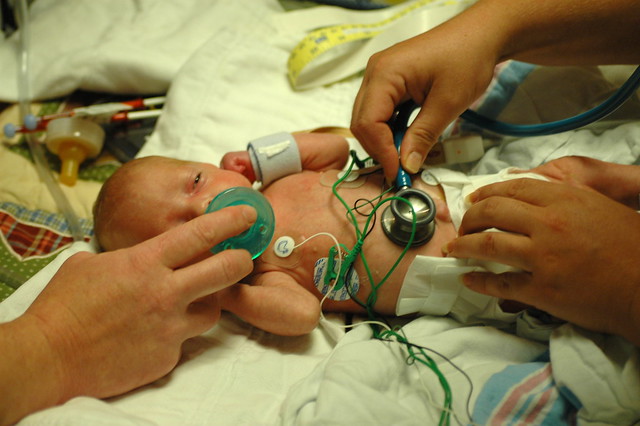 it’s nine o’ clock which means that it’s time for the nurse to give him his meds, take some measurements and listen to his stomach and lungs with a stethascope. it’s a moment that captures just how closely they still monitor him and there’s a lot to be noticed in the pictre. the tape measure was used to measure his head circumference, length and belly width ( a bigger belly can be a sign that he’s getting a gut infection ). the red syringes in the upper left corner contain his meds to help control his reflux. the nurse is listening to his stomach to make sure it sounds like he’s digesting his food well. the sensors on his body are monitoring his heartrate, respiration and blood oxygen levels. and kris is keeping the pacifier in his mouth, which not only helps to keep him calm, but also prevents him from refluxing his food.

if you look closely you can see him eyeing his nurse warily. 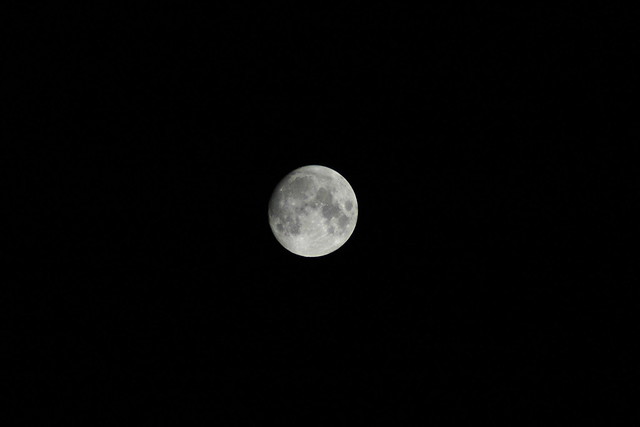 with all the excitement, it’s almost easy to forget that it’s eric’s 12 week or third lunar birthday! it’s hard to believe how much has happened in the past 28 days and with any luck, we won’t have to celebrate too many more of these weekly birthdays in the nicu.