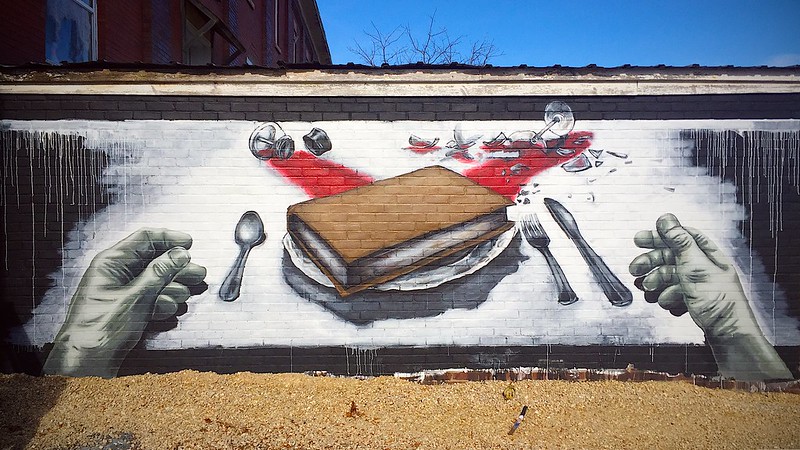 for a small town in southwest wisconsin we have no shortage of murals! this one is on the forgotten works warehouse. i run by this newish mural almost every day and it always gets me to thinking what might be going on in the scene. i haven’t come up with any answers yet.