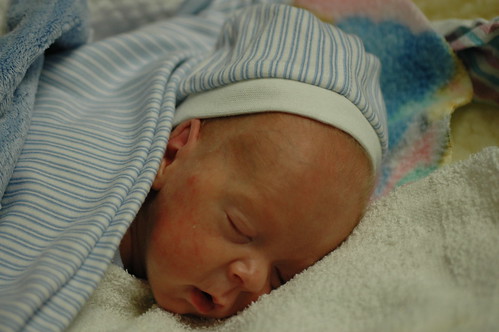 woohoo! in the morning, eric’s nurse decided to see how well he’d do without any supplemental oxygen, so she removed his nasal cannula. he did fantastic and spent the entire day without free of any breathing support.

he’s breathing on his own and apparently racing for the exit door to the nicu! 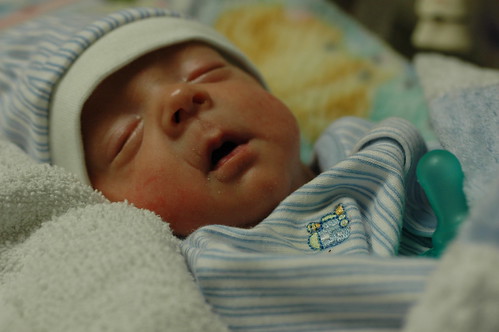 an added bonus of being free of the nasal cannula is that he also doesn’t have any tape on his face, which means we can got an unobstructed view of face all day long. it’s crazy to thing that this is the first time in 73 days that we’ve seen his entire face for the whole day.

he seemed to do even better off the nasal cannula than on and didn’t have a single alarm all day long. he’s still desatting and threatens a brady or two during feeding times, which is related to his ongoing reflux issues, but otherwise, he showed no signs of needing any oxygen thoughout the day, which is all the more impressive because he was working extra hard today. 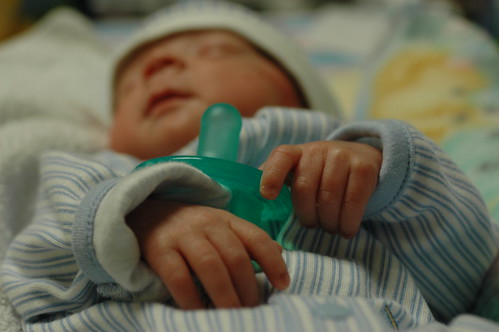 in addition to breathing on his own, eric has been taking all of his feeds by bottle for the past 36 hours. yes, you read that right – no tube feeding! i’m not sure i can find the words to adequately describe just how remarkable it is that he didn’t need any supplemental oxygen while taking bottle feeding after botttle feeding, considering all the extra energy that is required to bottle feed versus feeding via a tube. and even better – he’s really starting to get the hang of “regular” nursing. i know, it might be too much to absorb all at once, but he’s also nursing at least two times a day! 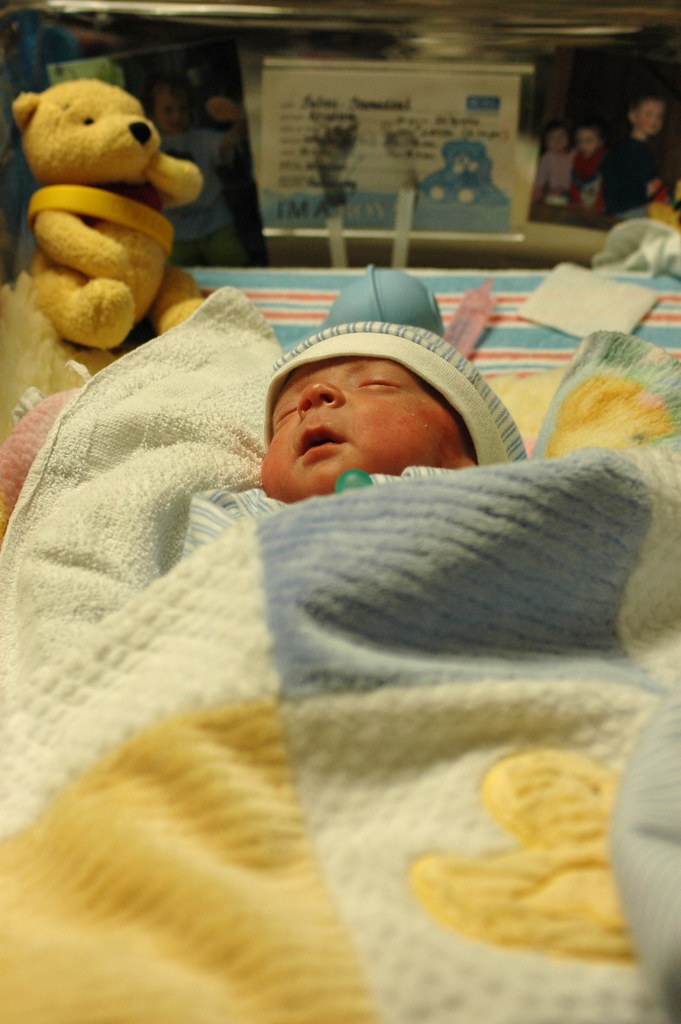 it can sometimes be difficult to understand why micropreemies start on bottles and then transition to nursing, but there really are valid reasons why the staff insist that eric is able get his nutrition from a bottle before attempting to nurse. but even while working to ensure that eric is able to bottle feed, the staff have been working hard with kris and eric find ways to start nursing on a regular basis as he gets stronger. kris has begun to use a nipple shield to great effect. in a week, eric has gone from latching for very short periods of time, to nursing for 20-25 minutes before being given a “comp” bottle to ensure that he’s getting enough milk to keep him gaining weight. it’s not abnormal for micropreemies to not fully get the hang of nursing before they reach 40 weeks, so it’s great news that he’s already avidly nursing at 36 weeks. it still takes a lot of energy on his part to nurse, which is why he’s limited to doing it twice a day, but i don’t see any issues that would prevent him from quickly moving to nursing much more often in the very near future. 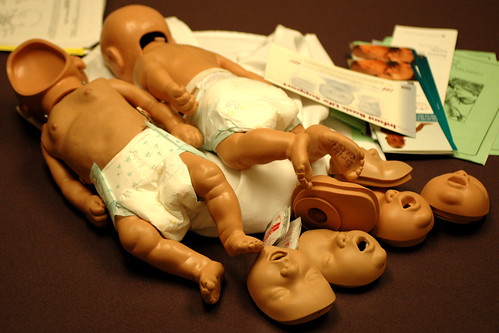 since eric is breathing on his own, taking all of his feedings by a bottle ( and nursing ) and maintaining his body temperature, he’s very close to meeting all the “exit criteria” for busting out of the nicu! that means we need to make sure we learn infant cpr, since it’s not uncommon for micropreemies to stop breathing after they get home.

there were several sets of parents taking the infant cpr class today and they brought a bunch of replacement faces for the infant cpr dolls so that we could remove the face and hand the doll to the next family after we practiced cpr.

i’m not sure why you couldn’t just reuse a face after wiping it with an antiseptic wipe, but what do i know.

and yes, the postcards are still coming in! we’re still trying to figure out a way to put all the postcards in eric’s nursery; we’re open to suggestions. maybe tack them all on a corkboard?.