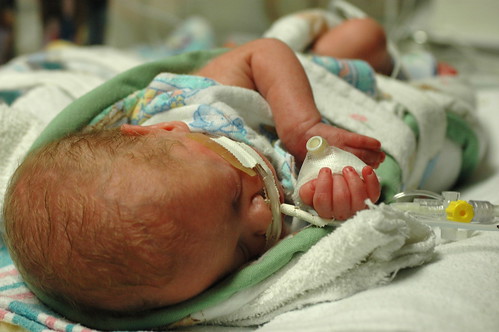 woohoo! he’s on all nasal cannula, all the time! and not alarming at all. o.k. he still has the occasional apnea or brady, but they’re all for reasons that don’t particularly concern the staff. he’s on 7 cc’s of breastmilk every two hours and tolerating it well – not great, but not bad either. Every so often they’ll pull a few cc’s of undigested milk out of his stomach before they introduce the new milk; if the amount that they pull out increases then they’ll slow down his feedings.

so, day 51 was a very, very good day. and there are whispers among the staff that, if he keeps up keeping up, then he’ll graduate to an isolette and ditch his radiant warming bed! amazing! 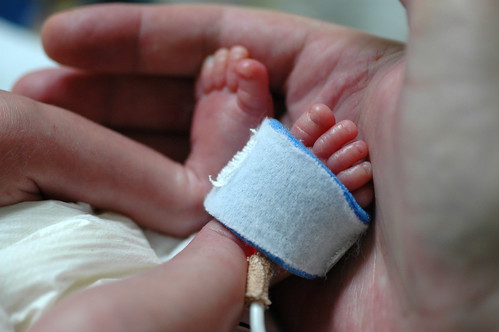 sometimes a simple shot can put into perspective just how small he still is. 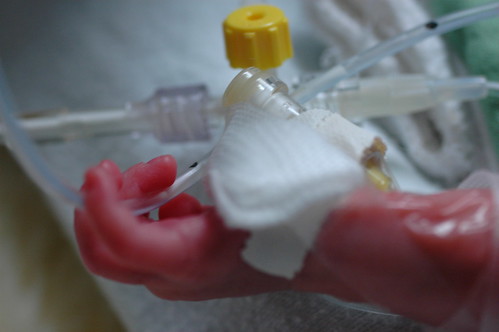 he often likes to grasp his feeding tube after milk has been introduced, which is sweet and sad at the same time.