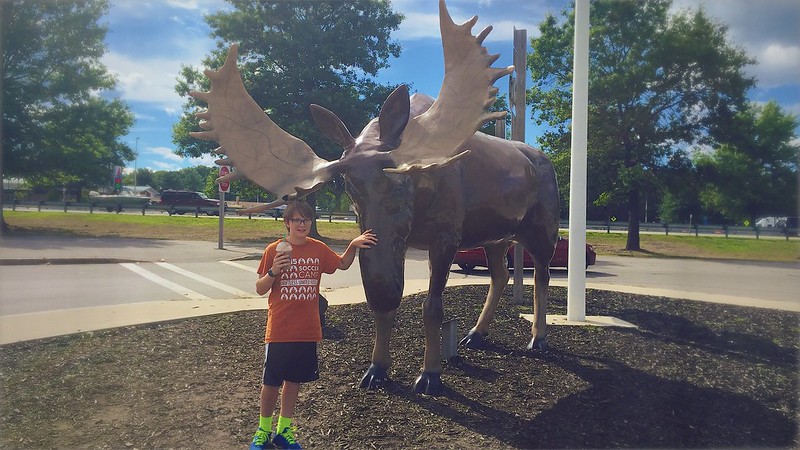 stopping at the northbound kennebunk service plaza after entering maine to hang out with a moose is not a new tradition. odin getting some sort of double chocolate thing from starbucks is. 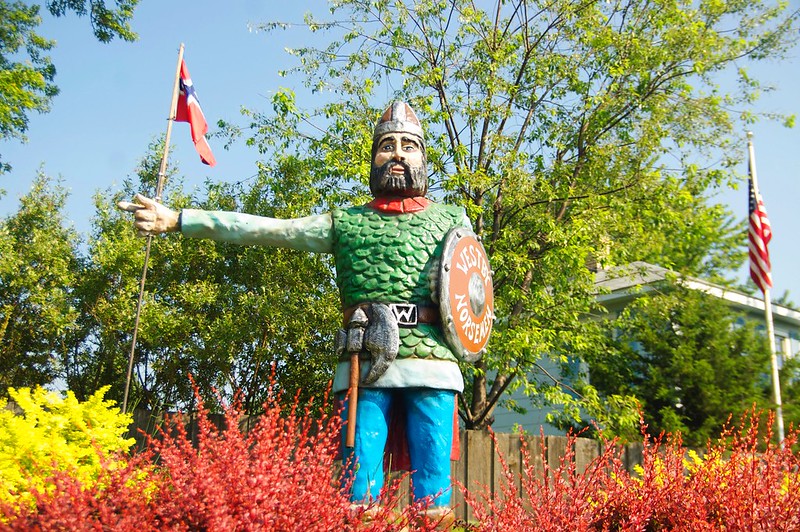 since 1999, the norseman stood in westby wisconsin ( they do love their scandinavian heritage, carved out of a tree trunk. but over the years it, wear and tear took it’s toll. a few years ago the arm broke off and it looked as if its days were numbered.

but a group of folks got together and raised the money to create a refurbished statue made out of fiberglass which will, hopefully, stand the test of time.

he’s got a bit of a nordic lumbersexual thing going on.