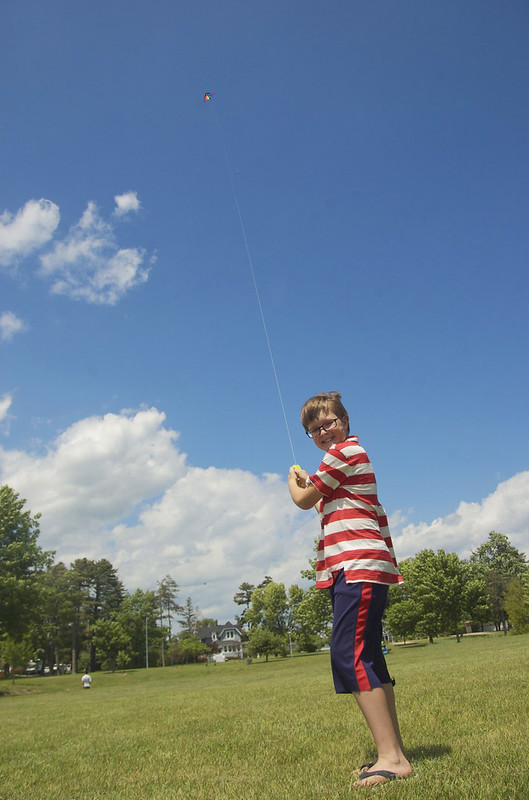 a little over a year ago i thought about getting into kite aerial photography with odin and almost exactly a year ago we beta tested the rig and took frida goes for her first ride in the galaxie 500 in search of the wind. and then we waited. and waited. and waited for a non-stormy windy day when we had the time to fly a kite. turns out that combination of conditions is a rarity! and i started to believe that waiting for the wind was the wrong strategy and we needed to start thinking about heading to windy places.

so we planned ahead and brought the gear on vacation in the upper peninsula of michigan where odds are good we’d find a good breeze coming off lake michigan.

sure enough, just a few hundred feet from where odin and his cousin flew kites for the very first time almost exactly 8 years to the day, we launched the rig into the air.

but first, we tested without the camera attached to see if the breeze seemed strong enough. sure seemed so!

Presently Odin is flying a camera attached to a kite several hundred feet above lake michigan. 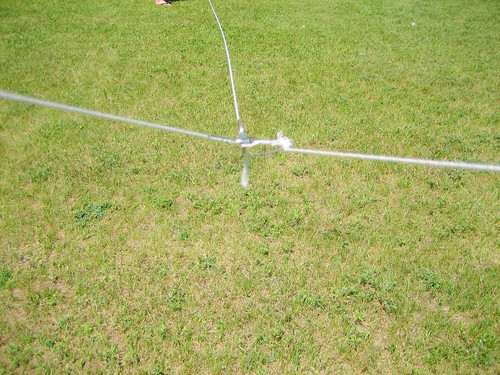 we mounted the canon sd450 running the canon hack development kit onto the kit and using the super simple intervalometer that comes with the stock kit set the camera to take a picture every 15 seconds. i was hoping we’d get into the frame on take off. odin’s feet did 🙂 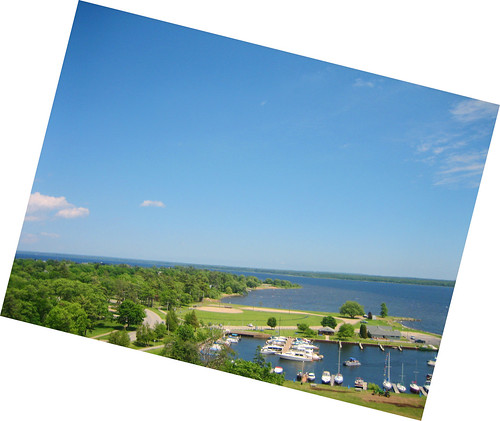 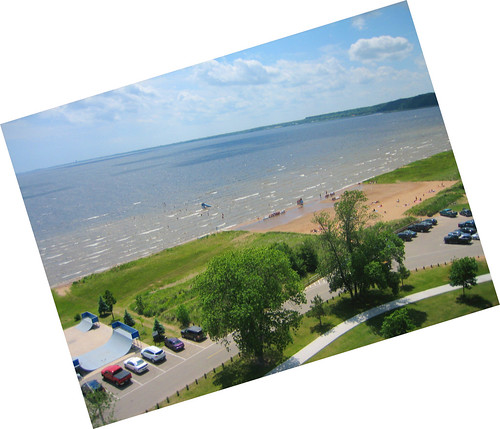 at this point the kite was maybe a 150 feet up with the camera swaying around around 20 feet below. odin and i started thinking how cool it would be to get a much longer line and a reel to make it easier to get the kite higher up and down faster ( yes, that’s foreshadowing ). 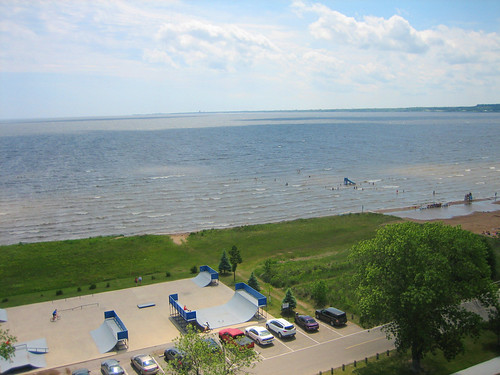 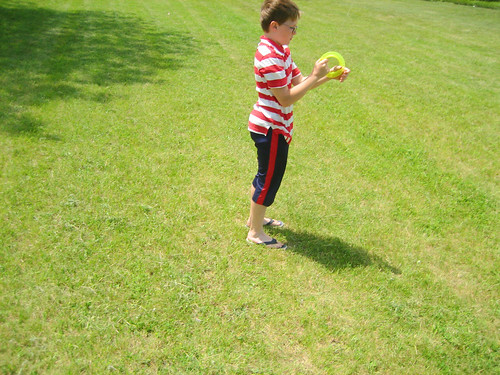 it took a lot of effort in the stiff breeze to bring the kite down with the awkward “reel” that came with the kite. we though surely grandpa must have a old fishing reel! we raced back to the house and of course he did. so we hooked up the kite to the fishing line and went back to the beach. 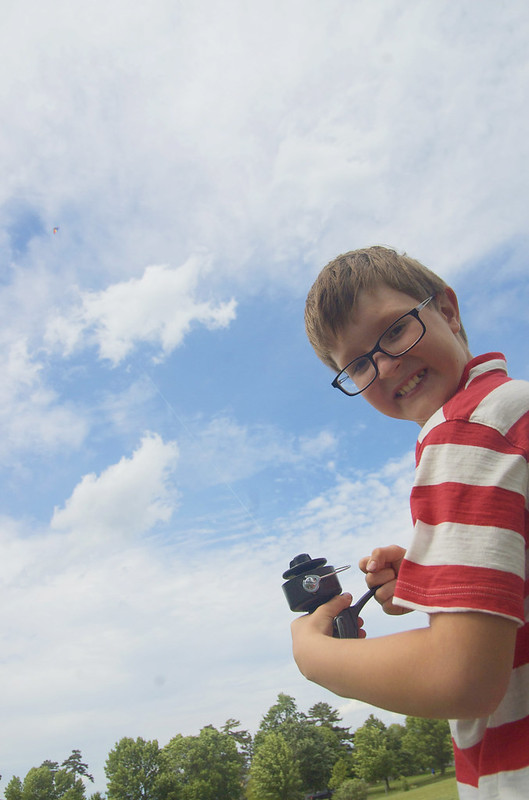 we tried to let the kite out slowly with the reel but the winds were soooooo strong it just went zzzzzzzzzzzzzzzzzzzzz all out at once – the entire 300 feet or so of line. i thought the reel was going to catch on fire! 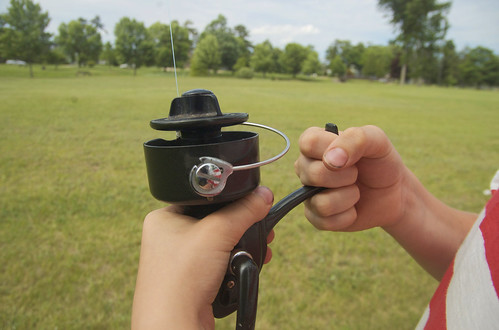 and much to our surprise we couldn’t reel it back in as there was too much drag on the line.

what to do?! i thought i could run the line under a picnic table and keep walking backwards until i pulled the kite down. i got about 10 feet before the line snapped and the kite went sailing away out of sight. at that point we were both very happy we decided to test it without the camera attached.

it took about 30 minutes of wandering through people’s back yards before we found the kite. it had floated about 4 blocks away and thankfully landed in in some trees without the fishing line getting tangled in powerlines.

a very nice lady helped us get it out of the tree by giving us a length of gutter that was just long enough to knock it down. i think she really enjoyed hearing about our adventure as we pulled down the kite and yanked the hundreds of feet of line that draped over her house and across the street into the next block.

odin commented that the kite aerial photography rig was a 110% success but maybe we needed to do a little more work on building a better reel. i couldn’t agree more! i thinnk there might be a outdoor kite line reel winder with lock in our future, but what to do until then? surely we must be able to build something from stuff lying around.