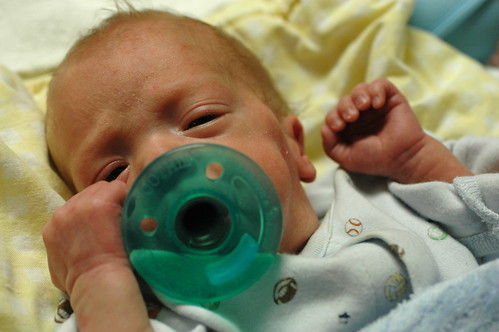 there’s not too much new to report today on the plummeting platelet and elevated bilirubin issues. his direct bilirubin dropped quickly back to its previous mildly elevated levels which is being interpreted to mean that the spike was due to the blood transfusion. so that’s good news. however, his platelet count dropped another 10K and his hanging around 60K. the good news is that it’s not dropping anymore. the bad news is that it’s not increasing and there’s no clear evidence yet as to what might have caused the drop. if you squint at the graph of his platelet counts over the past couple of weeks, you can maybe see a decline that’s tough to discern through the noise which finally becomes apparent when it drops quickly below 100K. a gradual decline would fit into the theory that posits that the bone marrow was gradually shifting production away from platelets and towards red blood cells before his transfusion to help satisfy the demand for RBCs. thankfully, he’s not presenting with any other signs of a viral infection, which you might remember could also be causing the abnormal lab results. 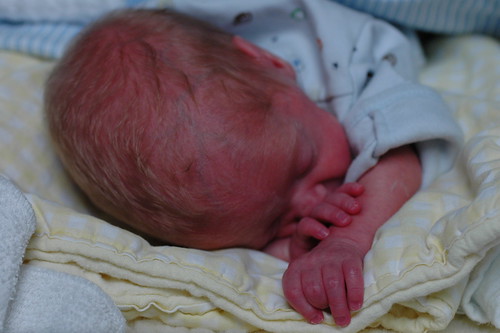 eric really likes sleeping on his stomach and the nurses like to put him there, which might come as a shock to those who are familiar with the “back to sleep” campaign which discourages placing kids on their stomachs in an effort to reduce the chance of sudden infant death syndrome.

while he needs to be watched extra closely while lying on his stomach ( all the more so because micropreemies have an increased chance of SIDS ), the nurses all think it’s silliness to take things to an extreme and never put a baby on their stomach to sleep. amongst other things, sleeping on the stomach helps to strengthen important neck muscles that don’t get stronger if a baby is left on his back or sides all the time. but that is easy for them to say when they have the advantage of being notified by alarm when he stops breathing. unlike most parents.

kris and i actually spent very little time in the nicu ( and by very little, i mean less than 5 hours 🙂 ), which felt quite strange. the nurses have become much more assertive with their recommendations that we take advantage of the world’s most expensive babysitters while we still can and finish up all the unfinished business that needs to get done before little odin comes home.

oh. i almost keep forgetting to mention that odin passed his hearing test with flying colors!