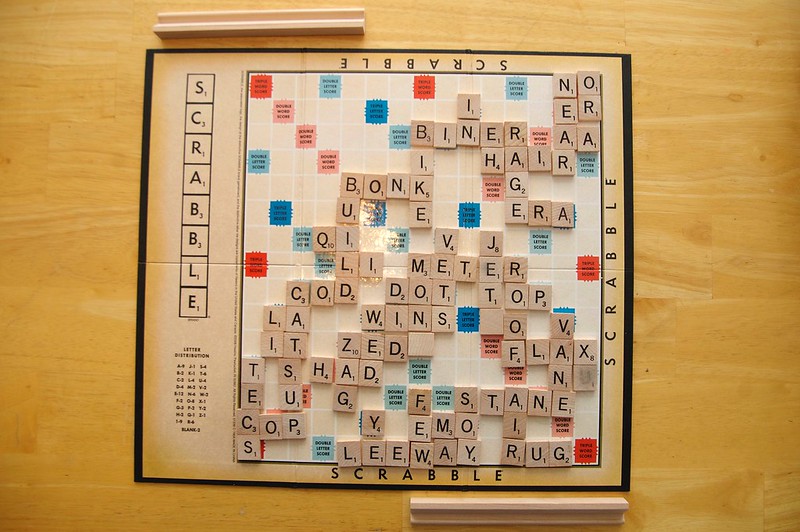 odin *thought* he was going to win with one tile left and a two point lead. after thinking i was out of options, i played LI-IT combo on lower left for 3 points and won, 265 to 264!

the old man still has it 🙂 i can’t possibly be the last person to have never heard of twixt? it was an unexpected pleasure to find myself playing ( and winning! ) a game on this 1962 edition published as part of the 3M bookshelf game series by, you guessed it, 3M ( i had no idea they were in the game business before getting into post-it notes ).

the play is similar to other types of “connect” games: try to connect your borders with an uninterrupted chain of linked pegs and block your rival from attempting to do the same.

it’s a simple concept but there’s enough strategy involved to make it very playable. i’m surprised hasbro hasn’t started publishing the game since it bough the rights as part of its purchase in 1998 of avalon hill which bought the bookshelf series of games from 3M in 1976.