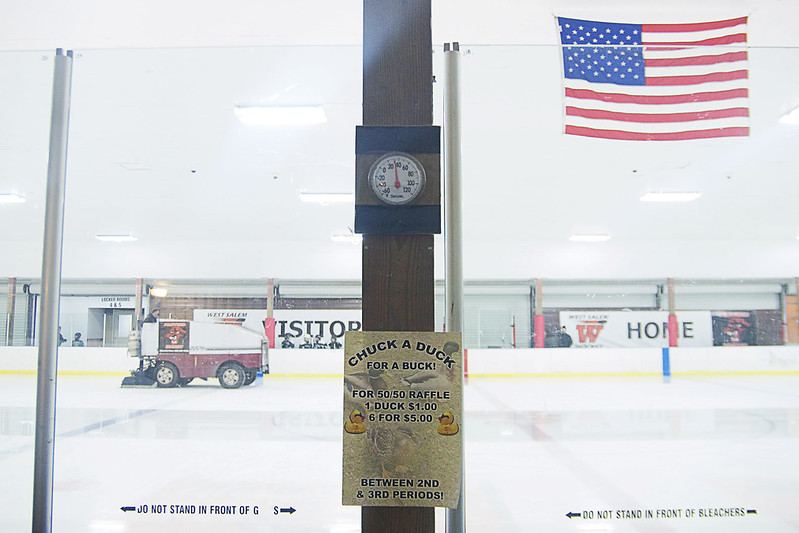 if you’ve ever been in a hockey arena, you’ve probably encountered the “chuck a puck” fundraiser which is a type of 50-50 lottery. you buy pucks to throw on the ice in-between periods. the closest puck to center ice wins 50% of the take and the hockey association takes the remaining 50%. i usually never participate, as i find we donate enough money to the association via concession stand sales and i tend to avoid gambling when i have a very low chance of winning as there is usually a puck chucking savant in the crowd who has chucked way more pucks than i have and stands a much better chance of winning. 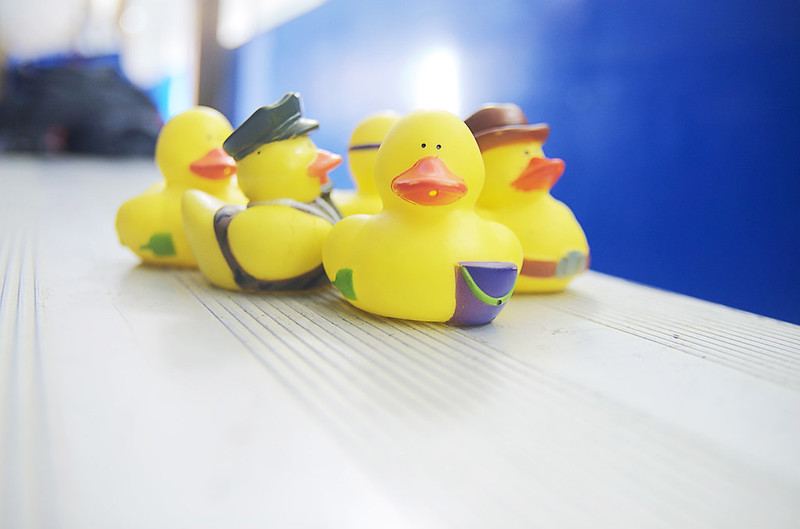 i was amused to see at a tournament in west salem, wisconsin that the association had introduced a bit of randomness into the lottery by handing out rubber duckies. i thought it was a brilliant way of “evening the odds” – who could possibly predict and account for the “funny bounce” the duck would inevitably take?

turns out, one guy won two of the four “chuck a duck” lotteries ( and a separate conventional ticket raffle )!

someone smarter than i can calculate the odds on that.