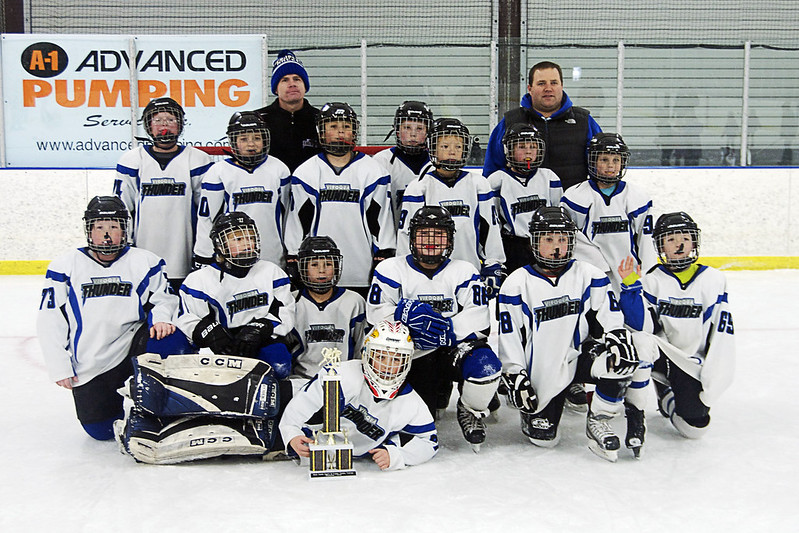 the viroqua Squirts bested west salem 10-0, menominee 3-2 and la crescent 9-2 to make it to the championship game against black river falls. the thunder won that game 9-2. the team is playing very well as a team with lots of passing and scoring coming from a range of players. odin’s still loves playing defenceman and he’s doing a great job with his fellow defenceman, holding the puck at the blue line and sending in strong shots towards the goal. to assist the offense. he’s getting at least one assist a game and even scored a goal from the blue line!

the whole team is really fun to watch. i think it’s going to be a great season.

update: kris and i wrote up a story and contributed it and a photo to the local papers. we’ll probably try to do this more often. i’m taking photos anyway and it’s great publicity for the hockey program and i’m guessing the kids like to see their photos in the paper.

next time we’ll remember to have them take their helmets off.