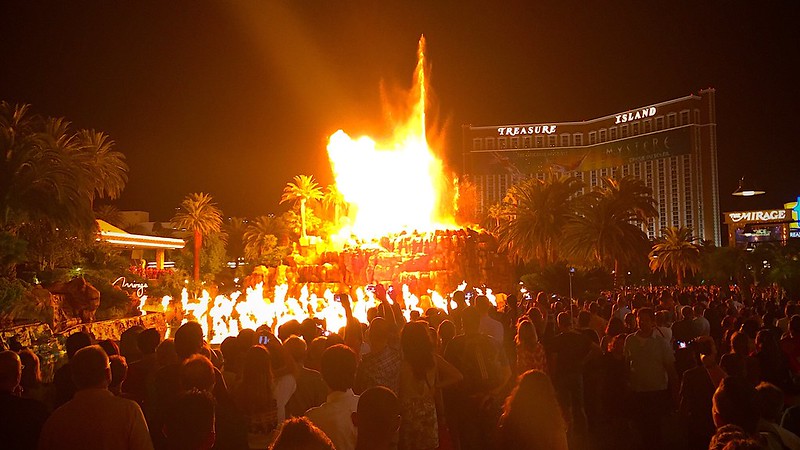 never been to vegas before. i don’t gamble, so i guess i’ll fill my time people watching on the strip. hey, there’s a “volcano” in front of in front of the mirage hotel. i think the volcano is a mirage thing, but treasure island hotel is in the background of this photo. maybe there’s some obvious relationship between the mirage and a fake volcano that i’m not getting?

it’s not even 10 local time and I think many people are not pacing themselves.