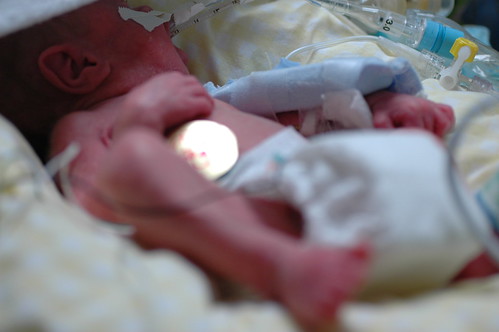 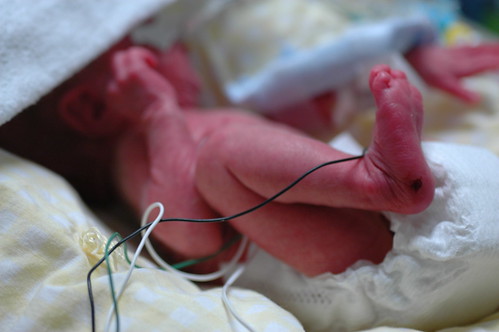 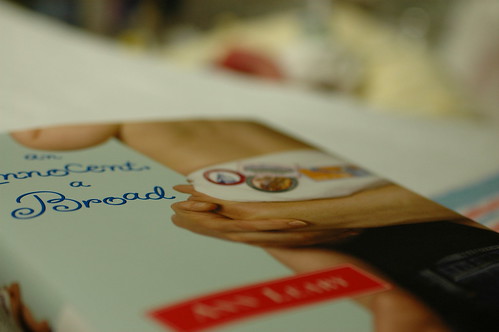 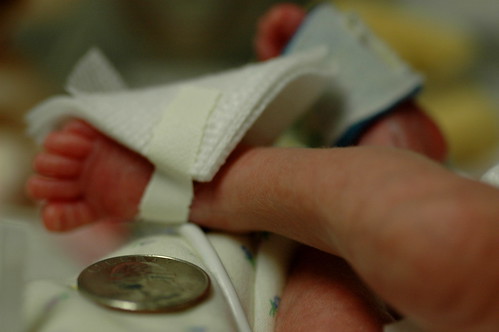 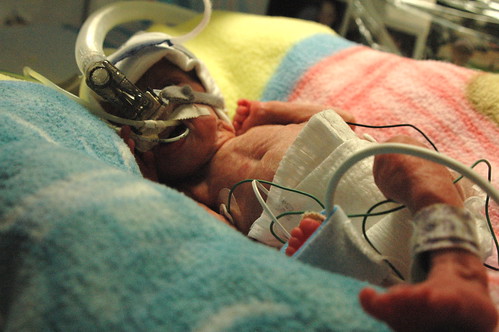 here’s to hoping that i can continue with weeks and weeks of posts that are as boring as this one. nothing much extraordinary happened. well, nothing much beyond a relaxing day filled with five hours of kangaroo care with kris, a diaper change from yours truly ( the second one! kris is not exactly quick draw mcgraw with the camera so we don’t get to see any pictures of me changing him. sniff. ), a bit of eye contact now and then and some quality reading time. of course, he still likes throwing out the occasional “a’s” and “b’s” ( nicu lingo for apneas and bradycardias ), but none of them were long enough to make him turn gray or blue, so that’s progress.

i don’t know how he does it, but he seems to spend a lot time trying to impress upon you just how comfortable he is despite it all. trust me. you know when he’s not comfortable. like when he gets done with kangaroo care. then he turns into a writhing mass of clenched fists and thrusting feet while emitting little squeaks. 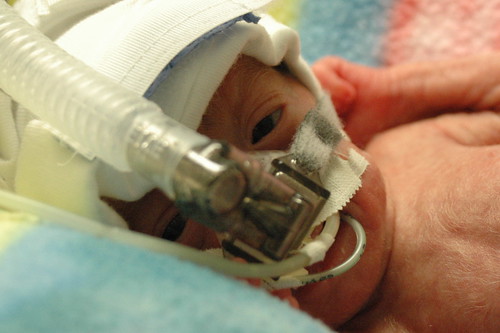 i like how he tends to open his eyes when i come to his beside to visit. his eyesight is probably no better than 20/600 so it’s best to stand 6-10 inches away. he’s getting better at staying focused on the center of your face when you talk, but he also tends to let his eyes wander around the periphery of your face, which is fairly “normal”. i think in about 3 weeks he’s going to have a set of tests from an eye specialist who is going to be looking for signs of a common problem in micropreemies known as retinopathy of prematurity, which is caused by abnormal blood vessels in the eyes. as with most conditions, there are many different stages and manifestations and variable degrees of success from a cadre of treatment options.

it’s my understanding that he’s at a decreased risk for ROP because his “oooohs” ( nicu lingo for the percentage of oxygen that is added to the air going through his CPAP mask ) have always remained remarkably low. in other words, the staff doesn’t have to add much oxygen for him to have and adequate supply in his blood. while oxygen is obviously important, too much of a good thing can cause abnormal blood vessel growth.

but one must always remember that decreased risk does not mean no risk; for now, it’s impossible to know if he has any manifestation of ROP, so it’s strange to look at his beautiful eyes and wonder if there are problems lurking ahead. it’s just one more thing that you try to prepare yourself for, while still attempting to enjoy the moments you do get to look into his eyes. 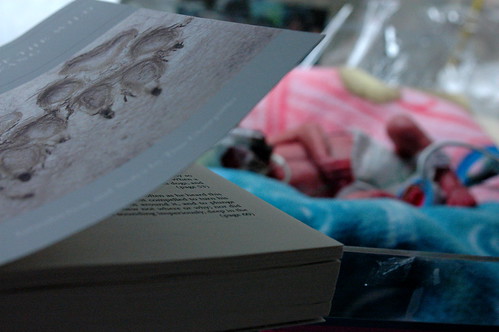 in addition to some reading about pooh, eric very much enjoys being read “call of the wild”. for some reason he identifies with buck, a courageous dog, who is ripped from his cushy surroundings and forced into a life-and-death struggle in the alaskan wilderness where he must learn how to use his wits to survive. 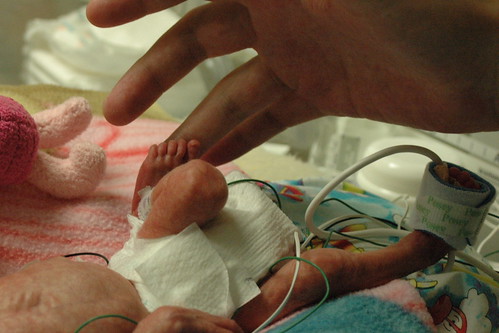 after all the heaviness inherent in buck and his amazing adventures, eric finds the time to enjoy a light game of ‘footsie’. well. o.k. it’s not really footsie, but it’s the best we can muster at the moment.

notice that piglet really, really wants to play along too.