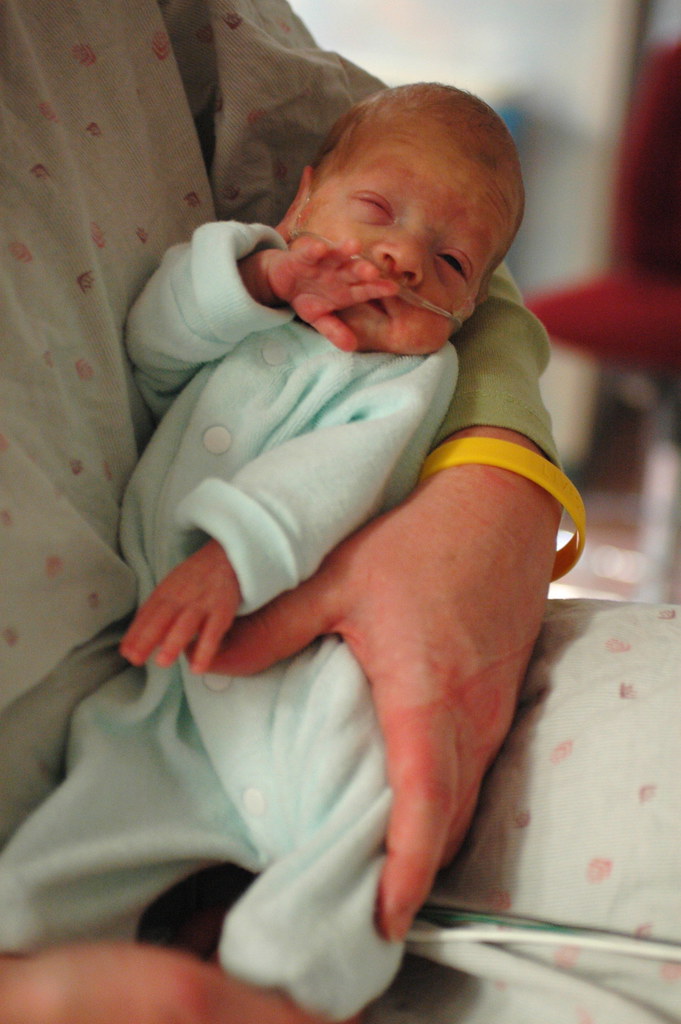 today was the kind of day where the big news was that eric wore big boy clothes with footies! we got the outfit from a friend of kris’ ( hi beth! ) who gave us a bunch of preemie clothes that have come in mighty handy.

while he’s been able to wear open-footed street clothes for a few weeks, the staff wanted to wait until he was even more stable before we bundled him in footie wear. i thought maybe he wouldn’t like having his feet covered, but he didn’t seem to mind it at all. 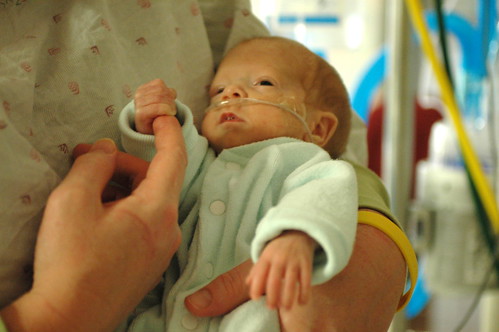 you may have noticed that kris is wearing a yellow “live strong” band from the lance armestrong foundation.

our friends, adam and johanna ( yes, the same adam and johanna who seem to be travelling around the country and sending odin postcards. thanks! ), sent us almost too many bands to count because they thought the “live strong” motto was perfect for little odin. we think so too. we got the bands the other day and i was holding off taking a picture until i could properly “set up” a shot with all the bands surrounding eric, but kris foiled my evil plan.

at the end of the day, eric’s neonatal nurse practitioner told us that they were thinking of giving eric pulmicort to help give him a boost off his oxygen. we haven’t had any time to research the risks and benefits of pulmicort, so if anybody has any opinions, i’d like to hear them.