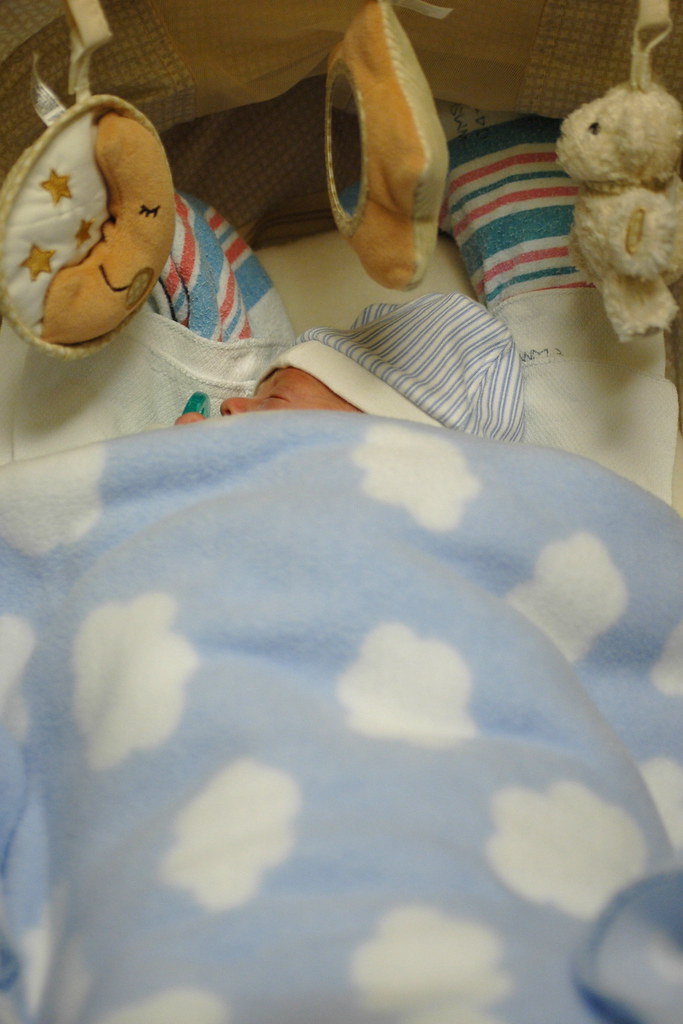 eric’s caregivers thought that we should bring in either a car seat or a “bouncy” seat to see if his reflux issues improved if he was sitting at in incline with gravity helping to keep the food down. so we brought in our new “eddie bauer soothing comfort bouncer” that we received for our baby shower. while we’ve been trying to keep him in an upright position after all of his feeds, for whatever reason he seemed to really like the bouncy seat and slept quite soundly while refluxing very little of his food. it worked so well that we decided to put it in his bassinet, so he can sleep in it for longer periods of time. 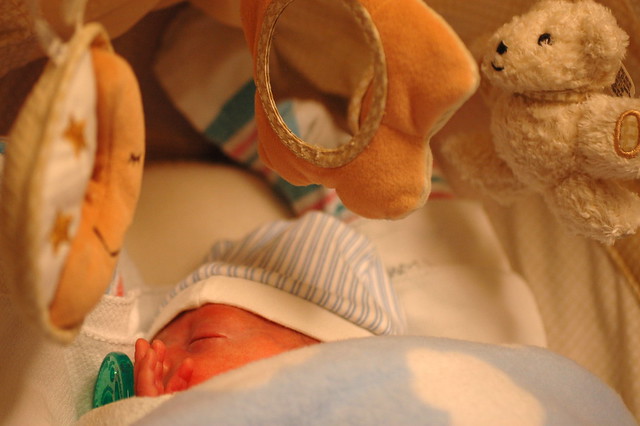 while he seems to be generally improving, he’s still having enough problems related to his reflux that they wouldn’t release him for fear that he’d aspirate the food into his lungs. even though he’s having fewer apnic events, he’s still somewhat frequently “desatting” ( lowering his blood oxygen saturation levels ) to levels low enough to make him turn a blueish/gray color. so, they told us today that they’d like to get a much more quantitative look at how he’s refluxing, which requires an “upper g.i.” ( upper gastrointestinal ) test. during the test they’ll give him small volumes of milk laced with radioactive barium, which will allow them to visualize the inner workings of his feedings with a special machine that picks up the radioactive particles emitted by the “hot” liquid.

while it’s important for them to know how much and how quickly he’s refluxing his meals and it’s a relatively risk-free, routine procedure, i think it’s normal for parents to feel a little sorry that their child has to have radioactive fluid dumped down their gullet before they even reach their “official” due date. the test will be performed sometime tommorrow, although we won’t know exactly what time until they do the schedules are scheduled first thing in the morning.