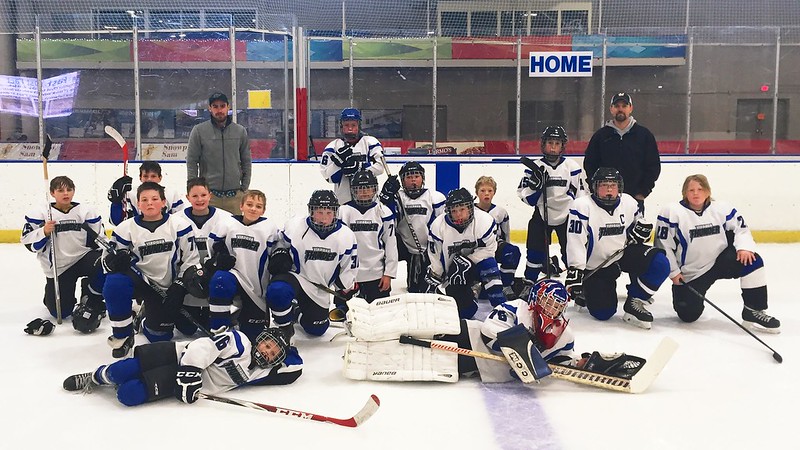 odin’s hockey team won their third and final tournament game 6-2. great game. even though they won 2 of the 3 games they played, in a bracket tournament, losing the first game means the best they could hope for was third place, which means no trophy. hi. ho. who needs a trophy? not these kids!

the parents tried to get a proper team photo of the kids, but they were excited to get some time in racing around the 400m olympic training speed skating track, so the best we could hope for was a half-hearted team photo 🙂