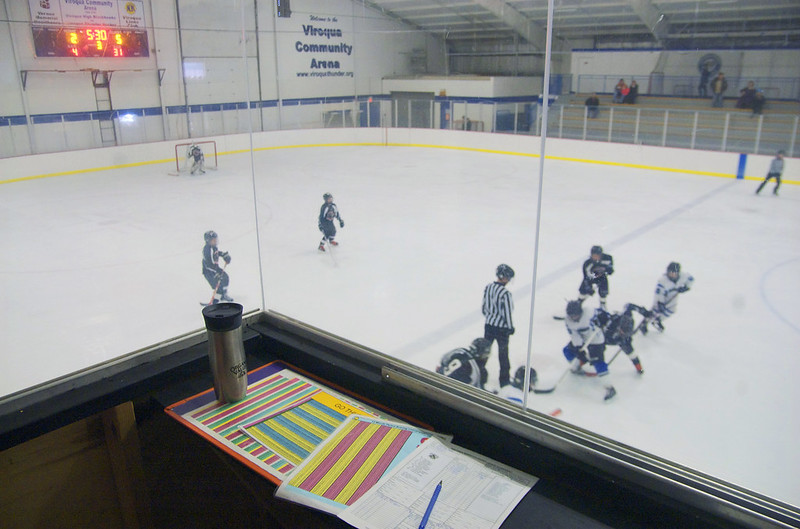 at one of odin’s two hockey games today. it offers a great view of the game, but having to calculate game time versus clock time and saves in real time for official score sheet is a little stressy.

after winning 15 games and only losing one, odin’s coaches thought the team needed a more challenge so the rest of the season has been rescheduled to have them play tougher teams outside their regular league. they played oregon ( part of madison metro region ) and dodgeville and lost both games by a wide margin. i think, 8-2 and 9-2 respectively. in both games they held on to keep the score close through first two periods and ran out of steam in the third. while it’s fun to win every game by a blowout, i think it’s great for them to play tougher teams to see if they can take it the next level.

the non-league games don’t count against their stellar league record and i believe the challenge will get them better prepared for state championships.