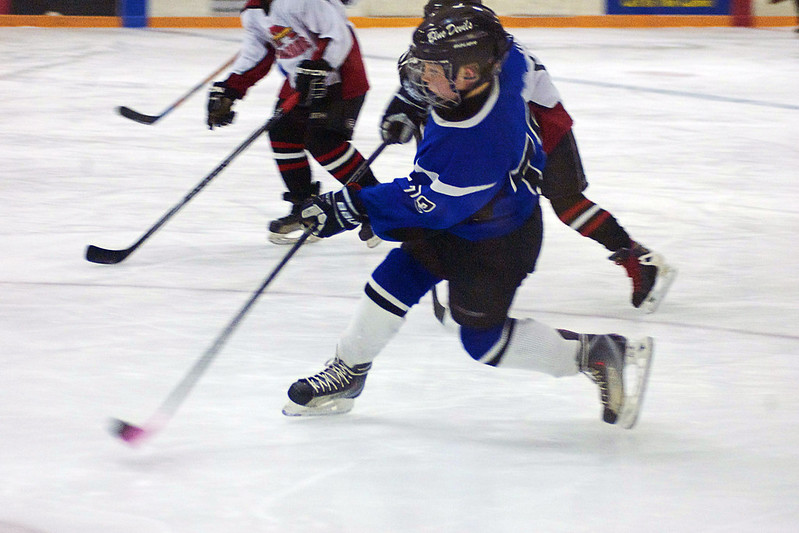 just one week after taking home the first place trophy in the 11th annual frozen tundra, odin’s hockey team was back on the road playing in the squirt tournament in altoona, wisconsin.

weirdly, for second year in a row, after driving 2 hours, we asked who remembered the hockey stick? d’oh – none of us! oh well, good thing there are other lefty players with loaner sticks.

the first game against baldwin, it was tough to watch odin’s team lose in last three minutes after having led entire game, 5-4. i think that perhaps they were just a little too confident after winning every game last week. a good character building game!

lesson learned, the team kicked into gear and handily beat amory, wisconsin 5-0. odin got an assist!

for the third and final game, the team handily beat altoona 4-0 and earned the second place trophy!

as in the previous tournament, the team is playing really well as a team. it’s so much fun to watch them come together as a cohesive unit.

below are just a few of scenes from the last day of the tournament:

in the above photo, austin nundahl connects with the puck and scores! 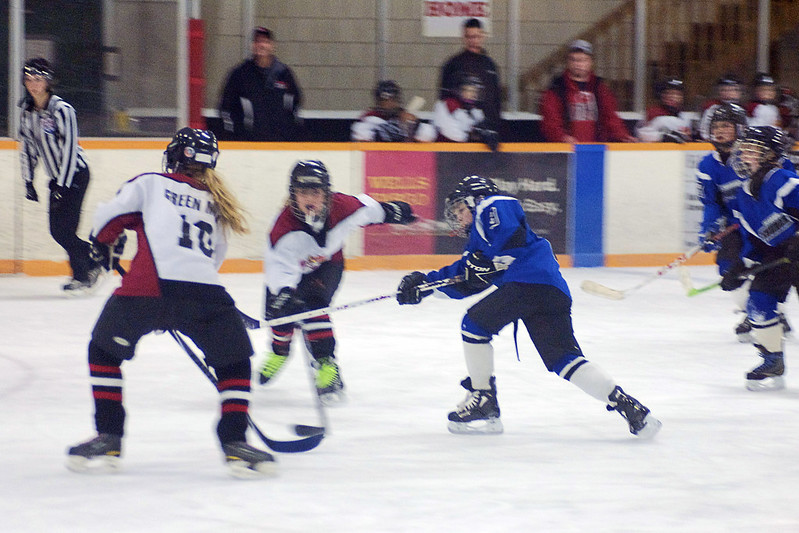 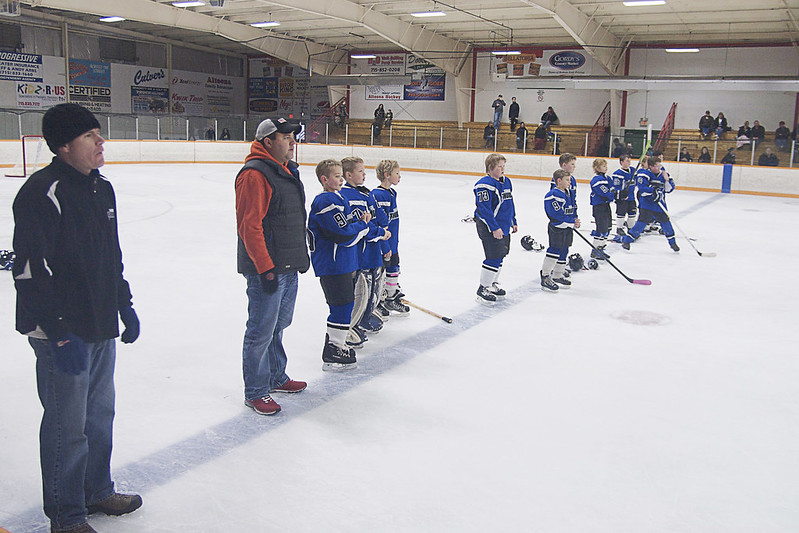 at the end of the tournament, the teams line up on the blue lines to receive their participation medals. 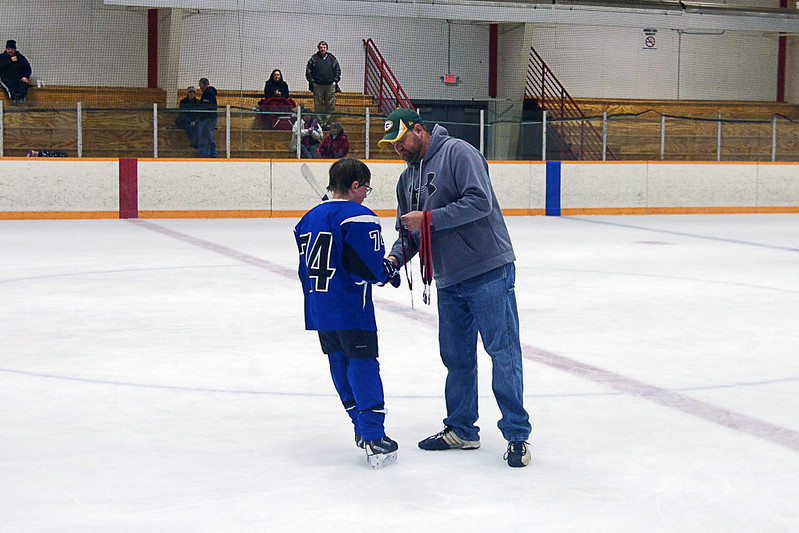 sweaty odin skates up to get his medal 🙂 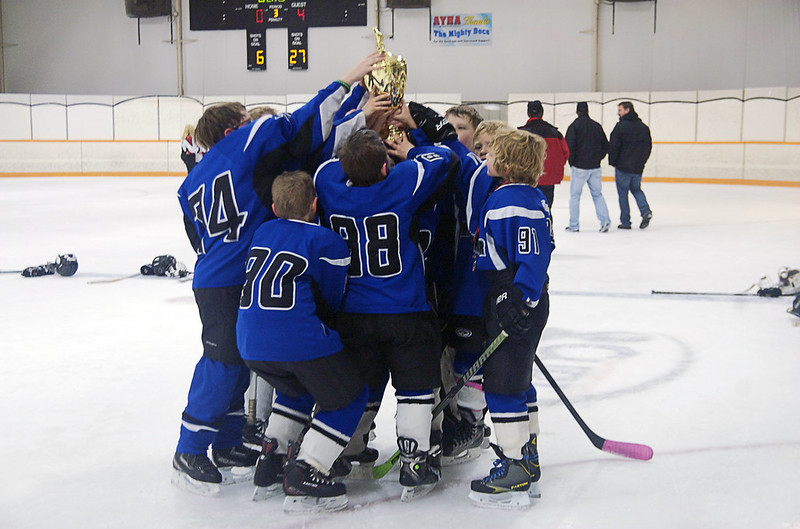 after the medals were received, they got their second place trophy and foisted it up in the air. i was a little nervous they might drop it! 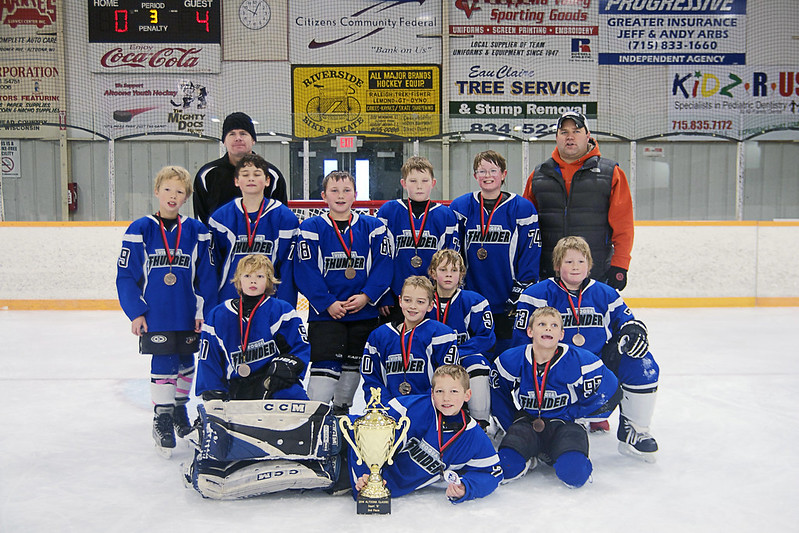 the odds of getting a newspaper friendly team trophy shot with all eyes open and looking towards the camera and no goofy faces? zero! 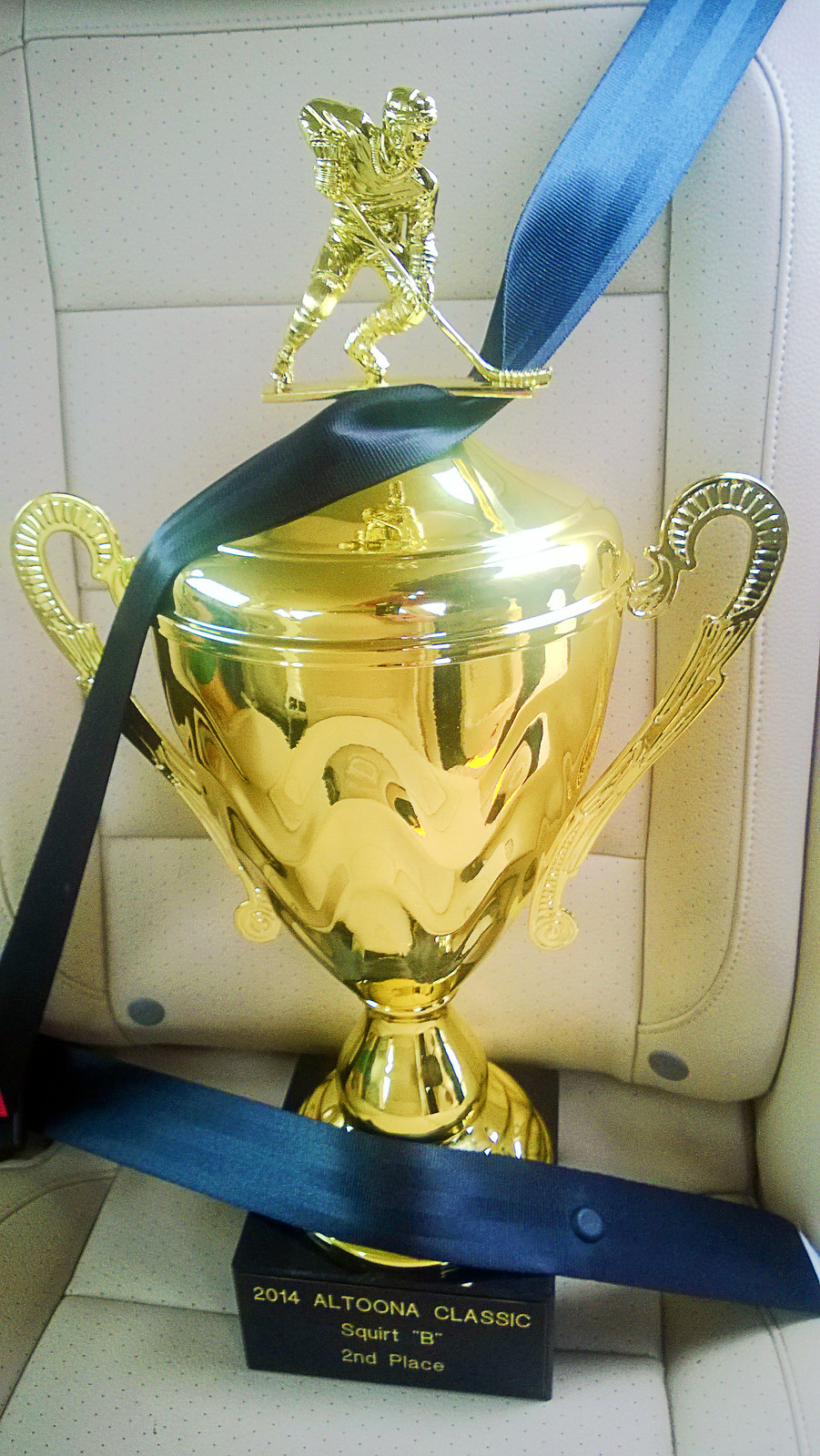 we safely transported the sweet second place trophy home and took it to the hockey arena to sit next to their first place trophy from last week. odin thought it was a good idea to buckle it up!