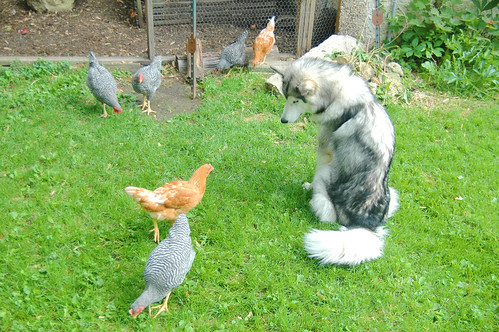 our dearly departed pushkin never gave a second thought to eating the hens, in fact, he was The Great Defender of All Members of The Pack and was known to shoo cats away who prowled around to give them trouble.

but we suspected frida, having the genetics of a very predatory malamute, might be tough to teach that the chickens were not food. so we started training her when they were chicks and while she tried super hard to be good, i wasn’t very confident that she’d be able to control herself outside when the were running around, scratching and pecking and clucking. 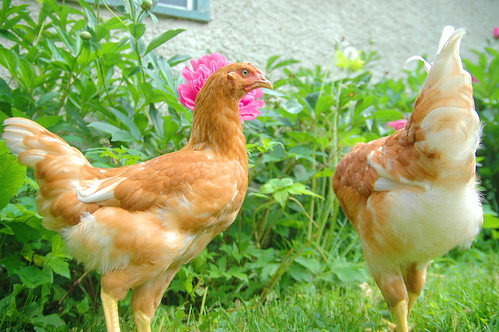 they’ve been out in the chicken run surrounding the coop for afew months – which is plenty of space for them – but they’ve really been wanting to run around the yard to munch on bugs. so today i decided to let them out and see what would happen. 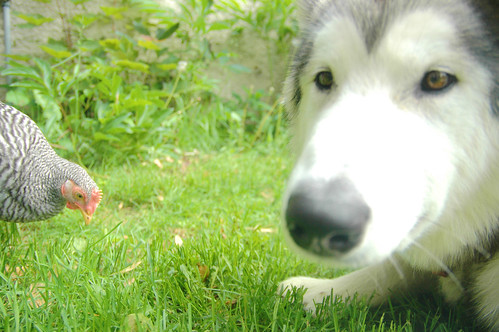