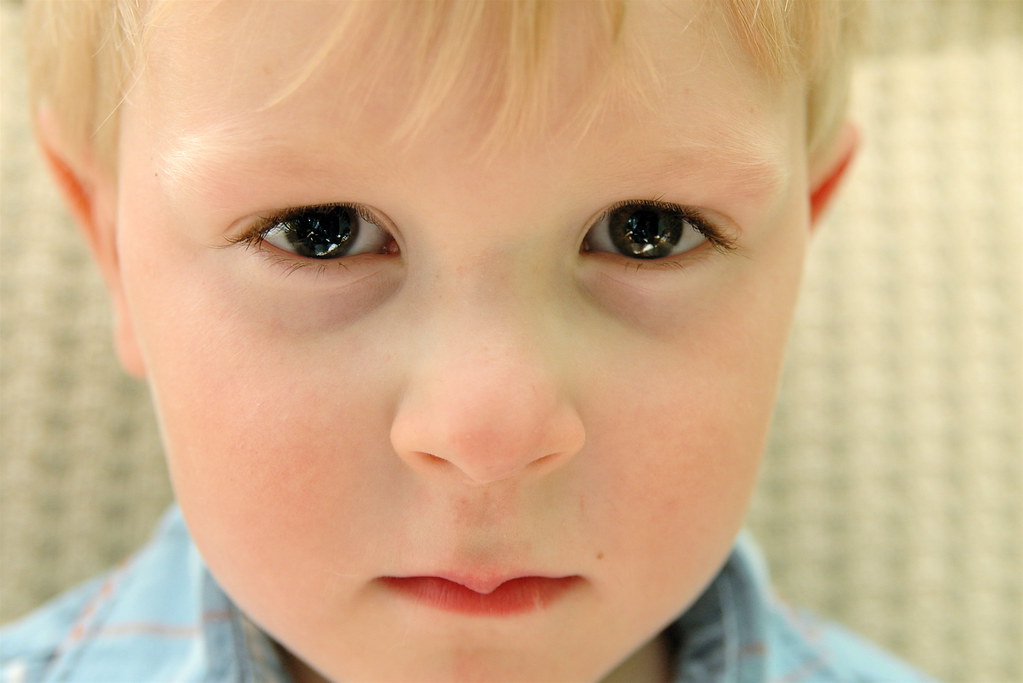 it was a sunny, beautiful morning and odin came into the bedroom.

"poppi, i see spots. i think i’m getting sick."

and so, that’s how an otherwise normal day started. at first i thought he might be playing a game, but he was pretty specific and consistent with the details about the spots in terms of size and color and number.

i suddenly found myself attempting to not freak out as i recalled that the sudden appearance of floaters could be sign of retina detaching and, of course, most of you know he’s at a higher risk for retinal detachment thanks to his history of retinopathy of prematurity.

so, after debating whether or not we were being alarmist, we scheduled an emergency eye exam and i found myself having a surreal lunch with co-workers about the odds of odin having a detached retina.

a few short hours later and we’re in the doctor’s office and odin is going through the pupil dilation routine and time is slowing down to a halt. dilation drops go in both eyes. and left eye checks out fine. right eye didn’t dilate properly. doc thinks the nurse didn’t put drops in, but i’m sure she did.

the doc looks into odin’s right eye after putting more drops in and waiting 10 more minutes, pauses, covers his odin’s left eye and asks him to identify the shape on the wall.

time is slowing down more. odin is smiling, happy to be sitting in the cool eye doctor chair as i hear the doc say, "we have a problem," followed by phrases strung together loosely.

"essentially no vision in the right eye"

"emergency surgery at the mayo clinic".

we won’t know much about prognosis or probable outcomes until he gets evaluated by the experts. we expect that we’ll hear bright and early tomorrow from the mayo about when he’ll go in for evaluation and surgery.

needless to say, coming less than 2 weeks away from his fourth birthday, we’re feeling a little sucker-punched.

it’s been almost 1,400 days since rop surgery and i was really starting to hold out hope that we had finally escaped its grasp.

14 thoughts on “the eric update – day 1464: the long arm of prematurity reaches out and sucker punches us.”