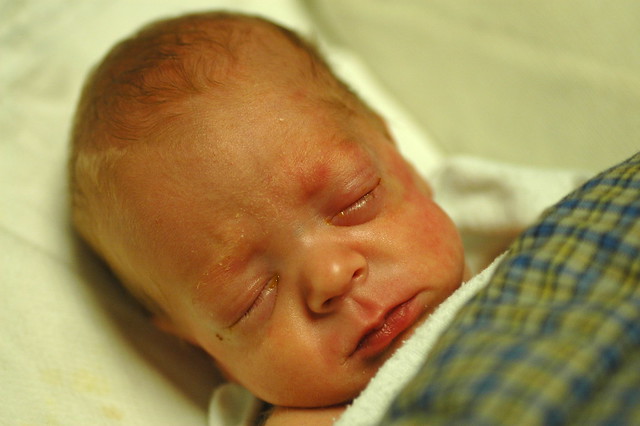 it’s over 24 hours after ROP surgery and he’s looking better as his eye swelling has gone down. but whether or not he’s actually feeling better is something else entirely. he’s not eating well and he’s not keeping down what he does eat. he could just be feeling crappy after his surgery or something worse could be going on. we’ll hopefully know more over the next 48 hours.

he, himself once told us that practicing neonatology is like putting together a puzzle that has pieces that can be put together in several different ways – all of which might look right, but only one of which feels right. right now, we’re having a tough time finding the way to put the pieces together in a way that looks and feels right, while simultaneously dealing with his new staff who don’t have the benefit of having seen him every single day for the past 11 weeks.

he’s continued his weight gains, after putting on 2 ounces a few days ago. he’s gained over 100 grams since his surgery alone and is now tipping the scales at a whopping 2180 grams or 4 pounds 13 ounces. as i’ve said before rapid weight gain is something you don’t often want to see in micropreemies. his white blood count differentials are different than we’re used to seeing at saint mary’s ( slightly higher white blood count, and a slight increase in his bands ), but not enough to raise any immediate red flags. after a few days of having his plummeting platelets start to rise back to safe levels, they’re dropping again for no apparent reason. he’s starting to throw a few apneas after weeks of nary an alarm. 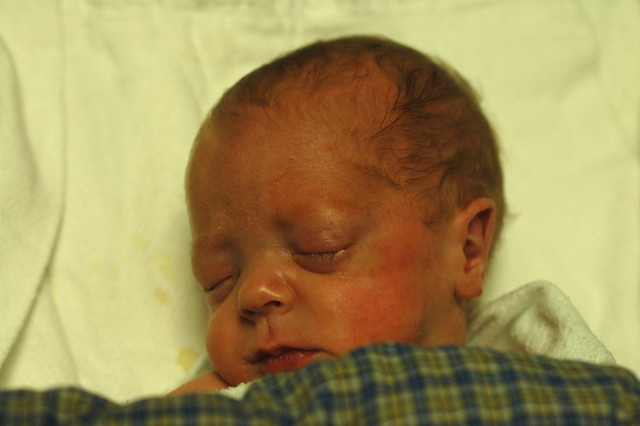 and perhaps most disturbingly, after weeks of being a great feeder, he’s having problems taking a bottle. everyone expected eric to be back on full bottle feeds at this point, but he’s still being fed via an intravenous line and having a difficult time drinking even 20 cc’s of milk. and even if he does drink from the bottle, he’ll eventually puke it back up. mind you, it’s not the “normal” micropreemie refluxing that we’ve seen from time to time, but actual somewhat forceful puking.

every single one of the puzzle pieces can be used to put together a picture that looks benign and his new caregivers aren’t particularly concerned about his overall health. his weight gain can simply be seen as a few days of gains on the high end of what they’d like to see. all of the changes in his lab results could simply be due to the fact that they’re being done in a different lab. he could still be tired from the surgery, and forgetting to breath a few times is not too unusual. and maybe, just maybe, he really does just have an upset stomach for no reason other than the fact that he feels like crap after surgery.

but we’ve learned to not take one single thing for granted and we’ll be watching him quite closely over the next few days.