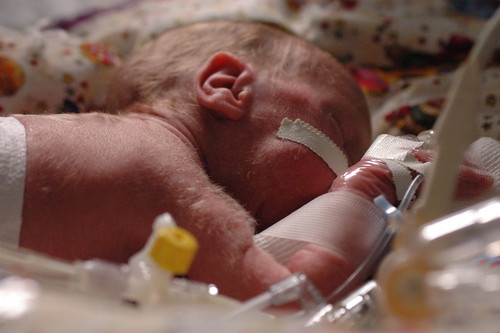 eric received his round of indomethacin to treat the recurrence of patent ductus arteriosis, but we won’t have any decisive answers as to whether or not the hole in his heart has closed until monday; there’s only a small number of people who are skilled in doing the diagnostic echocardiogram on micropreemies and, apparently, they don’t work on weekends. it’s actually a good sign that the nicu staff don’t feel the need to call the technicians in for an emergency procedure, since it means that they think that the hole has closed. eric’s blood gasses have improved and his need for supplemental oxygen has decreased to 22-24%, which is almost the same as room air. also, none of the nurses can hear the characteristic “murmur” that they’d expect to hear with pda, so everyone is fairly confident that the hole has closed quickly in response to the medicine. good news!

as for the sepsis, we won’t know anything definitive for quite some time. we’ll probably know tomorrow exactly which bug is causing the problems, but that knowledge won’t change his treatment protocol. as i stated yesterday, eric will be on antibiotics for a full 15 days in an attempt to beat the bug into submission. however, we learned today that it’s likely that they won’t get rid of it completely and they will probably change tactics after 15 days and move towards a protocol that involves giving him short, sharp bursts of antibiotics. it’s a delicate balance, as giving eric a continuous feed of antibiotics obliterates the good bugs along with the bad; and dampening his natural immune capability increases the chance of eric getting a systemic yeast infection, which is really, really difficult to get rid of and can cause all matter of ugly and unspeakable problems. so for now, all we can go is hope that he continues to respond as well as he has to the current protocol. the good news is that his overall immune system profile is excellent, so we can only hope that it stays that way. 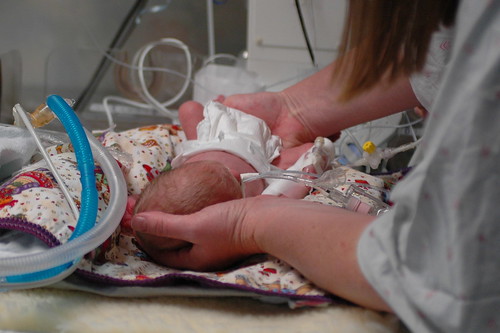 we haven’t been able to hold eric as he’s been back on the vent while he’s fighting pneumonia, but the nurses cleverly found a way to let kris sneak in a little touch time by letting her put him on the scales for his weigh-in. eric’s nicu nurses are so incredibly thoughtful and considerate that it really is impossible to imagine how to properly convey the gratitude we felt at the kind gesture.

also, we talked with his caregivers for quite some time about how long he’d be on the vent and the possibility that he’d suffer from the negative side effects that are known to accompany the vent, including respiratory distress syndrome. luckily, eric’s vent settings are at the lowest that they can be and, while nobody can predict the future, they don’t think he’ll suffer any adverse consequences from being on the vent. 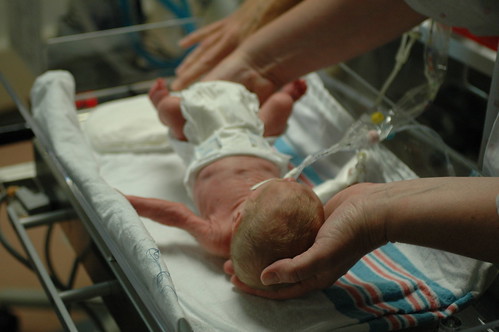 eric tipped the scales at 1170 grams which is just over 2 pounds 9 ounces. that’s right he gained just over 3 ounces, despite battling pneumonia and sepsis. 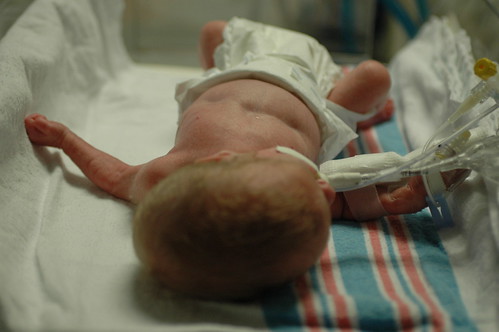 they say that every baby excels in one area of development and eric seems to be doing great with gaining weight. some of the gain can be attributed to water retension, but i think much of it is real. speaking of weight gain, eric also graduated into a new, bigger diaper! his previous diaper was only appropriate for babies at or under 1200 grams, so he’s crossed quite a milestone. 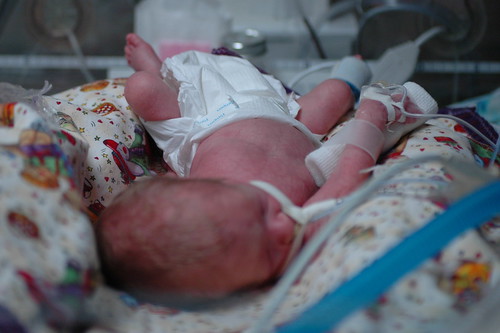 the new diaper looks amusingly large on him, but with any luck he’ll quickly grow into it. 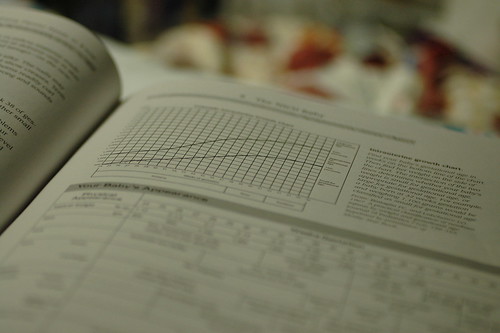